Burmese volunteers speak to a family during a national census at a Rohingya village in Sittwe on March 31, 2014
Soe Zeya Tun—Reuters
By Charlie Campbell

Burma’s first census in three decades has reignited long-smoldering tensions in the nation’s restive west, leading to attacks on aid workers. The U.N. is also facing accusations of complicity in a discriminatory census that does not allow members of the country’s Rohingya Muslim minority to identify themselves as such on census documents.

“Rakhine employees are being threatened by their own community to not work for NGOs, in some cases being physically beaten or family members threatened,” said one aid worker, quoted by the news website Asian Correspondent. The aid worker asked to remain anonymous for fear of reprisals.

Boats and vehicles used to deliver aid have also been destroyed, meaning food, clean water and medical supplies will likely run out soon.

Rakhine extremists fear that international aid agencies are biased toward the persecuted Rohingya, and have resorted to violence to enforce an official refusal to recognize the Muslim minority in the population survey.

Around 140,000 Rohingya live in squalid displacement camps following sporadic pogroms over the past two years. They are incorrectly regarded as “Bengali” land-grabbers from neighboring Bangladesh — even though they have lived in Burma (officially known as Myanmar) for generations — and are denied citizenship. They also face strict curbs on marriage, reproduction and travel.

The two-week process to collect basic demographic data on Burma’s estimated 60 million people began on March 30. “If we ask a family about their ethnicity and they say Rohingya, we will not … accept it,” presidential spokesman Ye Htut told reporters on Monday, according to the Irrawaddy.

His statement appeared to backtrack on an earlier government pledge to allow the Rohingya to self-identify on census documents.

Abu Tahay, chairman of the Union Nationals Development Party, which represents the Rohingya, confirmed that Rangoon residents were not allowed to register as Rohingya on Tuesday.

“According to the law of Myanmar everyone has the right to declare their own ethnicity, but they are refusing to accept this,” he says. “The U.N. must take a stand against continued marginalization of the Rohingya by the government.”

William Ryan, Burma spokesman for the U.N. Population Fund (formerly known as the U.N. Fund for Population Activities and still abbreviated by its former initials UNFPA), says that “UNFPA is very concerned by this apparent departure from the procedure for the census.” However, he declined to comment on whether the $75 million, U.N.-funded project was now being turned into a discriminatory tool.

According to Human Rights Watch, the U.N. body is at fault for originally agreeing to conduct the census according to the 135 ethnic groups as set out by xenophobic dictator General Ne Win in his 1982 Citizenship Law. The Rohingya are not among those groups.

The British embassy in Rangoon also echoed these concerns in a statement. “The government has committed to run the census in line with international standards, including allowing all respondents the option to self-identify their ethnicity,” it read. “We are concerned by recent reports that this commitment may not be met.”

Other Burmese groups representing ethnic minorities such as the Kachin, Wa, Pa-O and Mon have also raised concerns and pledged limited cooperation with the census. 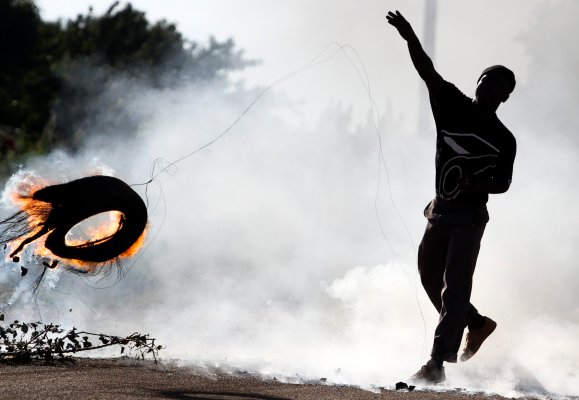 The Poor Are Losing the Global Class War
Next Up: Editor's Pick