It was a “very normal birth in dangerously abnormal conditions.”

That was how a midwife with Doctors Without Borders (MSF), the international humanitarian group, described the birth of a baby on board a rescue ship Monday in the Mediterranean Sea, reports the BBC. The mother and baby, as well as the father and their two other children, were all reportedly doing well, according to MSF.

The family were part of a group of refugees and migrants picked up by the Aquarius, a rescue vessel operated by MSF and the group SOS Mediteranee. The BBC said that they were rescued just 24 hours before the baby was born.

The birth and the family’s backstory were documented in several tweets by MSF’s communications officer on board the Aquarius, Alva White.

The newborn’s mother, Faith Oqunbor from Nigeria, was reportedly already having contractions when she first departed the coast of Libya on a crammed rubber boat.

The parents have named their child Newman Otas. His nationality has yet to be confirmed, as the Aquarius was sailing in international waters when he was born.

The midwife, Jonquil Nicholl, told the BBC that she was “filled with horror” at what could have happened if the baby was born just 24 hours earlier, “in that unseaworthy rubber boat, with fuel on the bottom where the women sit, crammed in with no space to move, at the mercy of the sea.” 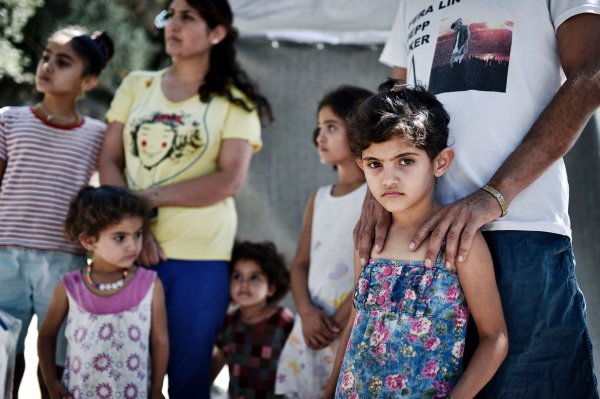 UNICEF: 11 Million Children Are Refugees and Asylum-Seekers
Next Up: Editor's Pick