Burke Ramsey, the brother of slain 6-year-old beauty queen JonBenet Ramsey, broke his silence for the first time since his sister was murdered nearly 20 years ago in an interview with Dr. Phil, recalling how he burst into tears when he first found out his sister was dead.

Burke Ramsey, who was 9 at the time of the grisly killing, said he was speechless when his father, John Ramsey, broke the news that his sister, who they had believed to be missing, had passed away.

“My dad told me JonBenet is in heaven now, and he started crying, then I started crying,” Burke Ramsey told Dr. Phil in an exclusive three-part interview that first aired Monday. “I was kind of like how is this possible? I started crying. I don’t think I said anything. I didn’t believe it at first.”

The interview aired ahead of the 20th anniversary of the little girl’s mysterious murder. JonBenet was found beaten and strangled in the basement of her family’s Colorado home the day after Christmas in 1996.

Authorities have still not found out who was behind the crime. JonBenet’s family, including her brother, had long been considered suspects in the public eye, although none of the girl’s relatives have ever been formally charged.

JonBenet’s mother, Patsy Ramsey, had called 911 to report that her daughter had been kidnapped after she found a three-page, handwritten ransom note at the bottom of a staircase in her home. Her father found her body hours later.

Burke Ramsey, who smiled throughout most of the interview, recalled to Dr. Phil how he heard the commotion in his home, and remembered his mom bursting into his room in a panic. But he stayed in bed.

“The first thing I remember is my mom bursting into my room really frantic saying ‘Oh my gosh, oh my gosh,’ running around my room, now, I know, looking for JonBenet,” he said. “I remember her saying, ‘Where’s my baby? Where’s my baby?’ I just laid there and didn’t really know what else to do.”

Asked to address the fact that skeptics believe he didn’t get out of bed to find out what was happening because he already knew, Burke Ramsey said he was scared that there may be “some bad guy downstairs.”

“I guess I kind of like to avoid conflict or, I don’t know, I guess I just felt safer there,” he said. “Part of me doesn’t want to know what was going on. I was scared, I think. I had no idea.”

John Ramsey also spoke to Dr. Phil, detailing the initial happiness of finding his daughter in the basement and then the horror upon realizing she was dead. He said a detective ordered him to scour the house to look for his daughter. He chose to start with the basement because he said it was the “most logical entry-point” for an intruder.

“I opened the door and there’s JonBenet. I had this rush of, ‘Thank God, I found her.’ It was just this overwhelming sense of joy that I had found my child.”

But then he realized she was unresponsive. “I was just hoping she’d wake up. I began to realize she wasn’t going to. I started to scream, I picked her up, carried her upstairs. I was just horrified,” he added. “I couldn’t speak. I was just screaming.” 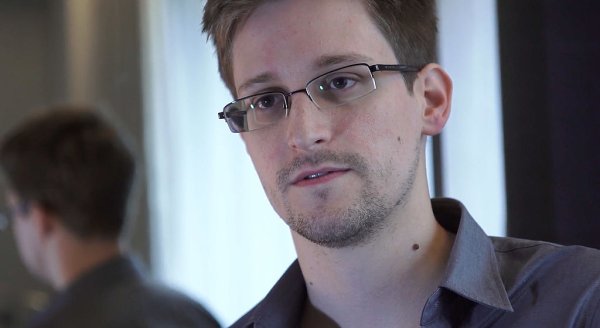 ACLU and Amnesty International Will Ask President Obama to Pardon Edward Snowden
Next Up: Editor's Pick