Actress Priyanka Chopra poses during a promotional event for Maxim India in Mumbai on June 30, 2016.
STR/AFP/Getty Images
By Megan McCluskey

Priyanka Chopra is set to play Victoria Leeds in the upcoming Baywatch movie — the main villain of the ’90s TV series reboot. But in a recent interview with W magazine, the 34-year-old Quantico star revealed the role was originally written for a man.

“They were speaking to me about [playing] one of the lifeguards in the film Baywatch and I had a Skype call with [director] Seth Gordon, which was supposed to be 15 minutes and it ended up being 2 hours,” she said. “The character that I’m playing, which is the antagonist in Baywatch, was written for man, and then he just changed it and thought that a woman would be really interesting and I ended up playing Victoria.”

Chopra plays the bad guy to Dwayne “The Rock” Johnson’s hero in the film, a role she told India Today she truly enjoyed. “The best part of working on Baywatch is to be the villain of the movie,” she said. “I don’t think The Rock aka Dwayne Johnson has ever had anyone who’s been mean to him. He’s a great guy, but Victoria is a b—ch.” 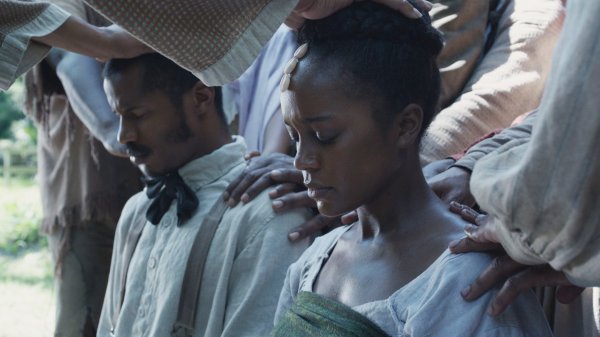 Why You Should See The Birth of a Nation, No Matter How You Feel About Nate Parker
Next Up: Editor's Pick