Even Laurie Hernandez Thinks She's Pretty Much a 'Human Emoji'

Laurie Hernandez — Olympic medal-winning gymnast, Cool Teen™, and new Dancing with the Stars contestant — has a famously expressive face and mega-watt grin. Her Olympics appearances even launched a few popular memes of their own; it’s not every day that an Olympian playfully winks at the judges before launching into a floor routine. But the savvy rising star knows all about those comparisons people have made between her expressions and their emoji counterparts — and she agrees that her expressions are telling.

“People call me the human emoji because I think people recognize that if I’m ever thinking something or feeling a certain emotion, it goes straight to my face,” she admits in a clip introducing her for the Dancing with the Stars premiere on Monday night. “So if I’m happy you’ll know I’m happy, and if I’m mad you’ll know I’m mad, just by looking at me.”

In other words, poker probably wouldn’t be her game — but for theatrical ballroom dancing, she should be in her element.

She also commented on her longstanding desire to be on the show.

“I got a gold medal, I got a silver medal — I mean come on, they had to let me in!” she said of Dancing’s decision to add her to their star-studded lineup. She’ll face off against fellow Olympian Ryan Lochte and other celebrities like Amber Rose and former Governor Rick Perry when the season begins. 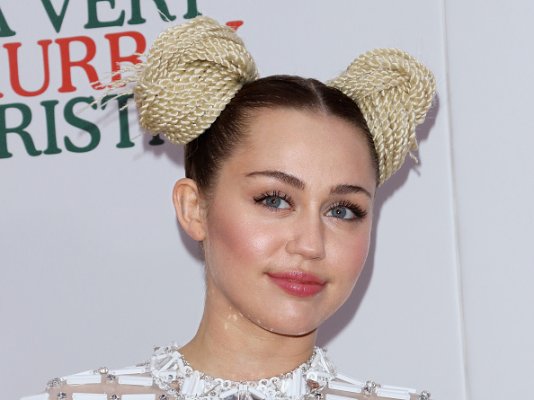 Why Miley Cyrus Won't Ever Do a Red Carpet Again
Next Up: Editor's Pick