Occidental College Republicans organized a memorial meant to honor those who died in the 9/11 terrorist attacks only to discover the nearly 3,000 American flags they planted on the school’s quad ripped up and broken in half.

“At midnight early this morning, vandals crushed, snapped, and threw in the garbage every single flag. Not one was left in the ground,” the group wrote in a Facebook post on Sunday that included pictures of the vandalism. “Most of Occidental was asleep at 1 A.M. but not fifteen of us. Students rallied together to get those flags out of the garbage and up in the quad.”

In addition to ripping up the flags, those who destroyed the memorial also put up anti-war posters, the Occidental College Republicans said. The flag display continued to face backlash after the group rebuilt it, with some students kicking over or breaking flags, the group said.

The school is investigating the incident, according to an email sent to TIME by Occidental’s communications department. Erica O’Neal Howard, the acting dean of students at Occidental, sent an email to the school community Sunday evening asking for information on those involved in the acts of vandalism.

“Vandalism or other acts that substantially interfere with the rights of others to engage in protected speech violate the College’s Student Code of Conduct and the spirit of this institution,” Howard wrote. “Let us work together to find ways to express ourselves and build a community founded on respect.” 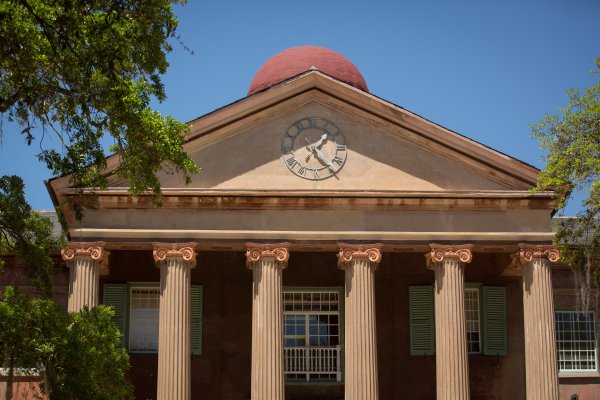 College of Charleston Bans Alcohol at Fraternities After 'Party School' Ranking
Next Up: Editor's Pick