Investigators at The Sentry, an initiative co-founded by actor George Clooney, said during a press conference Monday that they used information from Facebook and Instagram to confirm how officials had spent the profits they made from controlling South Sudan’s natural resources.

Photos posted on those sites showed that the relatives and subordinates of South Sudanese President Salva Kiir Mayardit and his opponent Riek Machar, whose forces have been engaged in a civil war since 2013, live outside of their own war-torn nation in lavish mansions or five-star hotels and drive luxury vehicles, according to the author of the report, J.R. Mailey.

“In some cases we would be able to confirm that certain people are in a house that we already suspected because they post a bunch of pictures next to a really beautiful pool,” Mailey said.

Social media postings by President Kiir’s children showed them living large outside of South Sudan, riding jet skis with friends, partying on boats and clubbing and drinking with friends.

Many of these children are richer than the average South Sudanese because their parents have included them in holding companies for oil and other natural resources.

“The social media postings just proved the hubris,” said actor Don Cheadle. “The proof: they’re posing with stacks of dollars like rappers. This is where the money is flowing and that they clearly have no concern over being caught.” 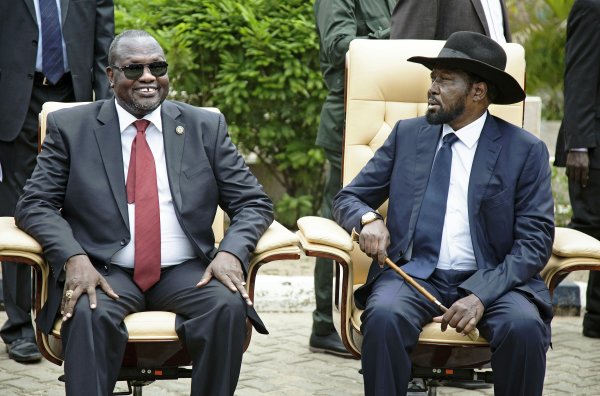