Ideas
By Liz Schrayer
Schrayer is President and CEO of the U.S. Global Leadership Coalition.

“Washington is broken, nothing is getting done” is a mantra we hear often these days. Yet there is one issue that has continuously broken through in this Congress with bipartisan support: America’s foreign assistance programs. Five major pieces of bipartisan legislation on global development have been signed into law in less than two years—on food security, energy, rights for women and girls, water and sanitation, and aid transparency—all in an effort to advance America’s interests in the world.

Without much fanfare, the President signed into law this summer the Global Food Security Act, the largest global development authorization since the President’s Emergency Plan for AIDS Relief. And to make sure our foreign assistance programs continue to be effective, accountable and results-driven, Congress also passed the Foreign Aid Transparency and Accountability Act.

This is smart aid at its best. And at a time when there is much talk about voter anxiety on America’s role in the world, lawmakers have actually worked together on these issues. This Congress has not only made these programs stronger, but Republicans and Democrats alike clearly recognize how American foreign assistance is transforming communities abroad—and impacting our security and economy here at home.

In just a year, Feed the Future—America’s global food security program—has trained more than 9 million farmers—and supported nearly 18 million young children with nutrition support with a new model of foreign assistance, one that incorporates transparency, partnerships with the private sector, and host country commitments. Does this matter here at home? Absolutely. In the past decade, American exports to a country like Tanzania are up by more than 500%.

Members from both sides of the aisle are showing real leadership on foreign assistance. Senator David Perdue (R-GA) recently said: “I’m an advocate that we actually need to spend more—I think we can avoid wars that way,” at a Foreign Relations Committee hearing, where he chairs the State and USAID subcommittee. His colleague on the committee Senator Tim Kaine (D-VA) has said: “We have a moral obligation to help our neighbors. But fighting extreme poverty and preventable disease aren’t just moral issues, they’re economic issues as well.”

This summer, I traveled to both party conventions. While commentators were quick to point out the differences between the two gatherings, I was pleased that both the Democratic and Republican platforms embrace the importance of foreign assistance. While the ratified Democratic platform includes a more detailed focus on our nation’s civilian tools than its counterpart, both parties’ positions underscored how foreign assistance is vital to our interests.

Yet the latest Zika epidemic is a reminder that even global health issues can get caught up in partisan bickering. Combating global health threats has always had bipartisan support—and it certainly should now.

Importantly, passing a supplemental for this crisis is only a short-term fix to address a serious concern—the next epidemic could be just a plane ride away. The next Congress and Administration should break this cycle of responding to global health crises one-by-one, effectively allowing them to become enmeshed in a broken Washington. We need to establish a smart and efficient rapid response capacity—as we do for domestic disasters—that empowers our global health professionals to prevent and respond without the interference of partisan politics.

What could this Congress do to help? Launch a short-deadline bipartisan commission to investigate our nation’s response to the Ebola and Zika outbreaks. Ask the tough questions: Did we overreact to one and underreact to the other? What did we get right and what did we get wrong? All part of a drive to avoid partisanship in our global health rapid response. Perhaps, the bipartisan legacy of this Congress on global development provides a roadmap on how to work together to get things done.

When it comes to America’s foreign assistance programs, it simply not true that this is a “do-nothing Congress.” America can be proud. Just ask the nine million people who are alive today thanks to our nation’s HIV and AIDS relief programs launched under President George W. Bush, supported by bipartisan congressional majorities, and strengthened under President Barack Obama. Ask the millions of people who won’t contract polio because we’ve nearly eradicated it. Ask the billions around the world who America has helped lift out of extreme poverty over the last 25 years.

From energy and food security to rights for women and girls, Washington should be applauded for its leadership on foreign assistance and American engagement. It’s time to add on one more bipartisan victory with the fight against Zika. This is how great nations make the world a better, safer place. 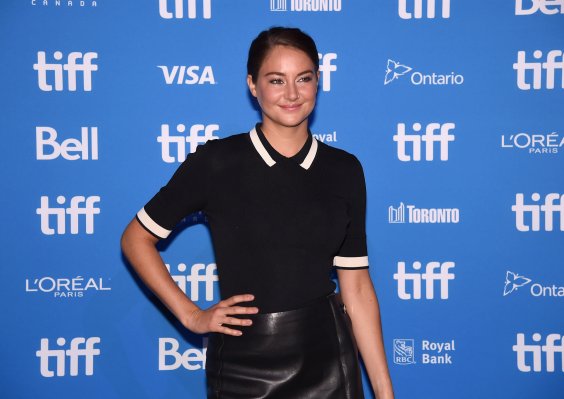 Shailene Woodley: Food Stamps Should Be Available Online
Next Up: Editor's Pick