The Opening Ceremony runway show during New York Fashion Week gave a refreshing take on fashion week offerings by presenting their collection with a decidedly political bent, with the help of some high-wattage guest appearances by some of the funniest women in show business.

Portlandia co-stars Fred Armisen and Carrie Brownstein hosted the show, dubbed the “Pageant of the People,” a theme that reiterated the show’s emphasis on the current political climate. In fact, the show’s notes stressed the importance of the democratic process, reading: “This year, no ideas are as critical as the ones our country will consider on election day. Our fall II and winter 2016 show is a tribute to the American democratic process and the diversity of those who participate in it.”

The women answered a series of questions ranging from funny to serious, pageant-style, and it’s safe to say that Goldberg effectively stole the show. When asked what brought her to the fashion show, Goldberg’s response was both poignant and side-splitting.

Later, when asked why people should vote this November, Goldberg’s quip was again, both hilarious and resonant.

Watch Goldberg steal the show at Opening Ceremony below. 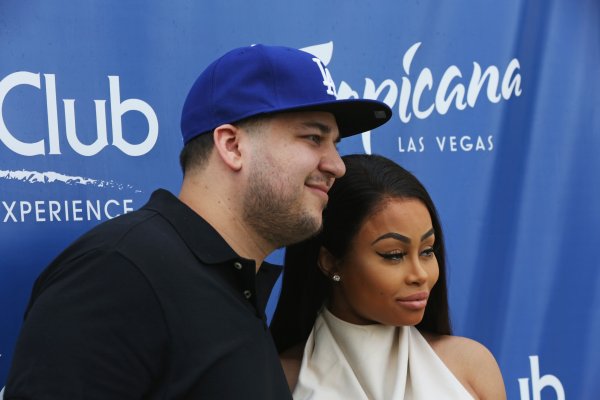 Blac Chyna and Rob Kardashian Are Expecting a Baby Girl
Next Up: Editor's Pick