In less than two weeks, the doors of the Smithsonian Museum of African American History and Culture will open to the public, realizing a century-old vision to have a Washington museum honor the contributions of black Americans throughout history.

When TIME last visited the space, located a stone’s throw from the Washington monument on the National Mall, it was still incomplete. Sheets and tarp hung over the major artifacts on display, a layer of dust coated the floors, and the halls remained empty save for the spattering of journalists the museum invited inside for a preview tour. Now, the vast bronze building is finished. Its floors are waxed and artifacts, from Chuck Berry’s cherry red Cadillac to a slave cabin from South Carolina, await the first public visitors.

Ahead of the grand opening, here are five things you need to know about the museum.

An idea for the building was conceived a century ago

As TIME reported in 2015: “In 1915, a group of black Civil War veterans began pushing for a memorial and museum dedicated to black service members. A little over a decade later, President Calvin Coolidge approved the construction of a building to serve as a ‘tribute to the Negro’s contributions to the achievements of America,’ according to the Smithsonian Institution. Thanks to the Great Depression, that building never came to fruition.” The idea resurfaced over the next several decades, but it wasn’t until 2001 that a bipartisan coalition of lawmakers passed a bill to open the musuem.

Not all of the artifacts are on display

The Smithsonian Institution spent over a decade collecting artifacts to display in the museum, and according to museum director Lonnie Bunch, the museum has acquired some 40,000 works in its quest to fill the space. The majority of the artifacts have come from everyday Americans who were excited to share the bits and pieces of history collected by their ancestors.

The museum is meant to take visitors on a historical journey, but given the country’s fraught racial history, many parts of the museum will stir the emotions of guests. On the lowest level, tiny shackles small enough to fit a child are on display, along with a slave cabin, and a segregated train car from the Jim Crow era. The museum offers several quiet spaces that visitors will be able to use to just sit and reflect. There’s also an auditorium in center of the museum that will be used to host talks and symposiums to further discussion.

The cafeteria menu hosts fare from all over the country

Often when people think of food that is reflective of the African-American experience, they think of “soul food.” But the museum’s cafeteria will push beyond that and offer a wide range of food that speaks to black American life. Co-host of ABC’s The Chew Carla Hall serves as a consulting chef for the Sweet Home Cafe, where shrimp and grits, salads, fried chicken, oysters, and beef stew are on the menu.

Opening weekend is already sold out

In order to control the crowds expected to pour into the museum on opening weekend (Sept. 24 and 25), the museum released timed entry passes for the public in early August. Within hours after posting the passes online, they were snatched up for the opening weekend and the weekend immediately following. There are passes available for visits through December via the museum’s website. All are offered free of charge and guarantee a 15-minute entry window for visitors. Starting Monday Sept. 26, visitors will be able to obtain same-day passes to the museum. 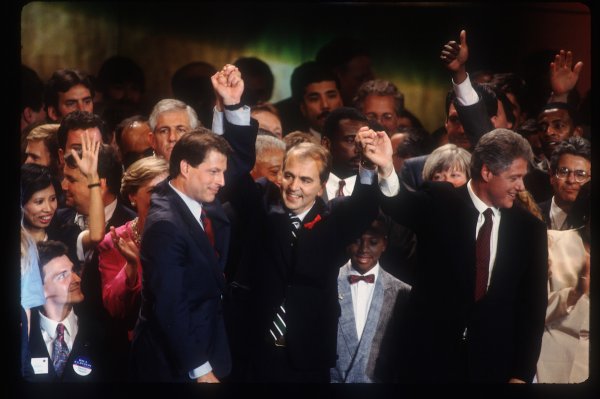 The Moment Presidential-Candidate Health Reports Became a Priority
Next Up: Editor's Pick