Republican presidential nominee Donald Trump responded to reports that his Democratic rival Hillary Clinton had been diagnosed with pneumonia by wishing the candidate well.

In a Monday morning interview on Fox & Friends, Trump said he assumes the coughing spell Clinton suffered from last week was also caused by the upper respiratory infection, but overall hopes the candidate feels better soon.

“Like you, I see what I see. The coughing fit was a week ago so I assume that was pneumonia also,” Trump said during a call-in interview. “Something’s going on, but I just hope she gets well and gets back on the trail and we’ll be seeing her at the debate.”

Clinton’s health has become a concern among right-wing conspiracy theorists during the campaign, with questions about whether Clinton will survive the race flashing across blogs and websites. Donald Trump has contributed to the speculation about Clinton health, too. This week, Trump will appear on the Dr. Oz show to reveal his health regimen.

During the Fox & Friends interview, Trump said he’d had physical a last week and will be releasing the results “when the numbers come in.”

“Hopefully, they’ll be good,” he said before adding, “I feel great.” 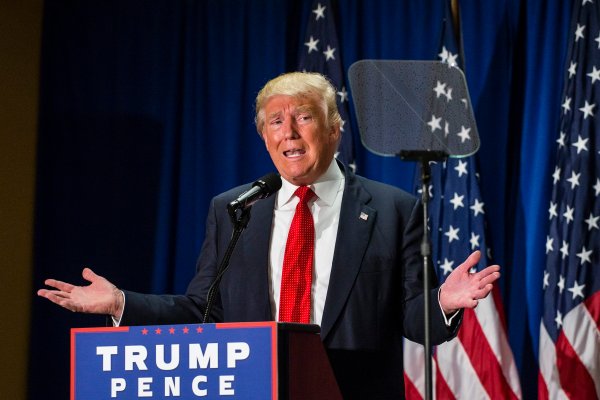