First Vice President of South Sudan and former rebel leader, Riek Machar (L), and President Salva Kiir (R), sit for an official photo with the 30 members of the new cabinet of the Transitional Government at the Cabinet Affairs Ministry, in Juba on April 29, 2016.
ALBERT GONZALEZ FARRAN—AFP/Getty Images
By Tara John

South Sudanese leaders responsible for atrocities in the country’s violent civil war have amassed vast fortunes during the conflict, according to a new report by an initiative co-founded by actor George Clooney.

The Sentry‘s two-year investigation found that the families and top generals of conflict’s main opponents, President Salva Kiir Mayardit and deposed Vice President Riek Machar, stay in five-star hotels, own luxury cars and live in multi-million dollar mansions in Kenya, Uganda and Australia. According to the report, they reap the benefits of a system of nepotism “all while much of their country’s population suffers from the consequences of a brutal civil war, and in many places, experiences near-famine conditions.”

The report also accuses the two leaders of benefitting “financially from the continuing war and have effectively ensured that there is no accountability for their human rights violations and financial crimes.”

In an Washington Post editorial, Clooney and The Sentry co-founder John Prendergast suggest a new approach to “counter mass atrocities” in the world’s youngest country: “The essence of a new strategy would combine readily available anti-money-laundering measures with targeted sanctions focused on top regime officials and their international facilitators, while encouraging banks to help provide essential services to innocent South Sudanese.”

After achieving independence in 2011, the country plunged into civil war when Kiir Mayardit accused Machar of plotting the coup. Fighting between both sides grew into an ethnically influenced conflict that has displaced millions and killed thousands. 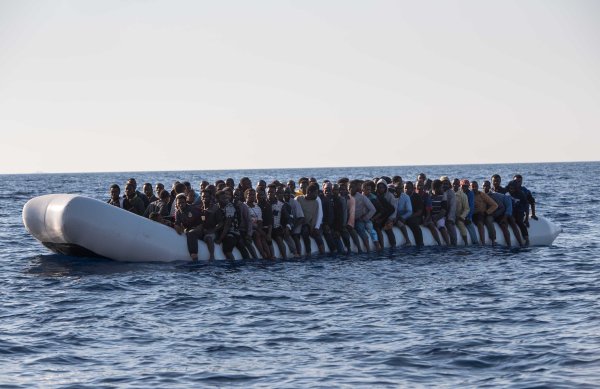 Between the Devil and the Deep Blue Sea
Next Up: Editor's Pick