Elections in Belarus on Sunday landed an opposition party member a seat in the country’s parliament for the first time in two decades, in a closely monitored poll that could signal better relations with the West.

Anna Konopatskaya, a member of the opposition United Civil Party, and Elena Anisim — an independent candidate who reportedly has ties to the opposition — were both elected, Reuters reports.

The opposition was not expected to gain any seats, as it had not been represented in the 110-seat legislature since 1996.

Western calls for transparent elections resulted in a freer candidate registration process, according to Reuters, and opposition parties that had boycotted previous polls decided to participate.

Read More: Belarus Held a Protest at the Paralympics Opening Ceremony Against the Ban on Russian Athletes

President Alexander Lukashenko, who has ruled the country since 1994, has maintained close ties between the former Soviet state and Moscow, but disagreement over Russia’s annexation of Crimea caused a thaw in Belarus’ relations with the West.

Lukashenko loyalists still hold almost all parliamentary seats, so the opposition win will not have much of an impact on the country’s politics.

“We’ve done everything so that there aren’t complaints from the Western side,” Reuters quoted Lukashenko as saying after he cast his ballot. “We accommodated their requests.”

The international community has softened its stance toward Belarus in light of the release of political prisoners and the country’s role in hosting peace talks between Ukraine and Russia.

U.S. and European sanctions have been eased over the past year, and Sunday’s election is expected to figure positively in future sanctions reviews. 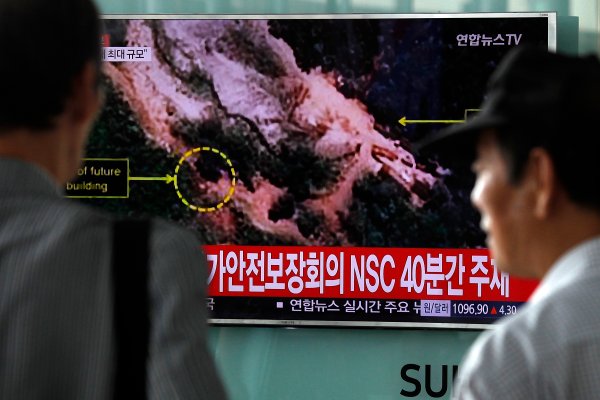