Hundreds of Thousands March for Independence Across Catalonia

Hundreds of thousands of people rallied across Catalonia on Sunday declaring their support for the autonomous region’s full independence from Madrid, just as Spain faces the possibility of going to the polls yet again.

Flags used by the pro-independence movement were seen flying at events attended by thousands in five Catalan cities, including the capital Barcelona, reports Reuters. The rallies took place on Catalonia’s National Day, or La Diada, which marks the defeat of the Catalan army by Spanish forces in Barcelona during the War of the Spanish Succession.

Turnout was estimated by local police at around 800,000, but the central government insisted that only about 370,000 people attended these demonstrations.

Just how should Madrid respond to the increasing sentiments for secession is, in part, causing the continuing paralysis of the Spanish government, according to Reuters. Despite two successive general elections, politics is still in deadlock, with the possibility of a third election looming large.

The region’s premier said at a press conference on Sunday that early elections next year could be used to gauge the appetite for separation from Spain, unless Madrid would allow a direct referendum on the issue.

In 2014, over 80% of voters in Catalonia said they wanted to break away from Spain in a referendum that was not recognized by Madrid. 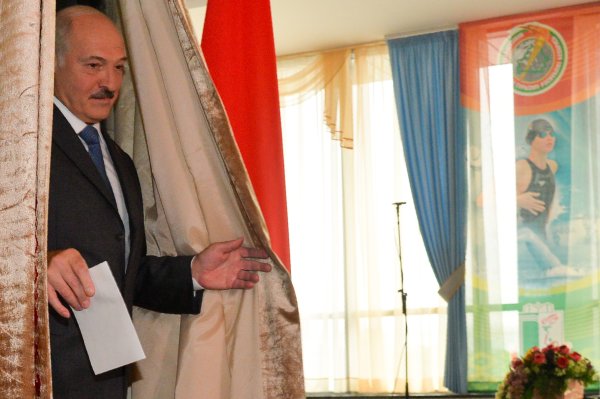