The Story Behind the Most Famous Photo of Tupac Shakur

Photographer Danny Clinch is known for shooting with musicians that span a variety of genres. From Bruce Springsteen and Johnny Cash, to Nas and the Beastie Boys, Clinch is always able to capture a special, often candid, moment. One such portrait – that of the late rapper Tupac Shakur – has gone down in music history as arguably the most famous image of the artist.

“It was Rolling Stone magazine and I was thinking to myself, ‘Oh man, if this guy ever blew up, I would have this great photograph,” Clinch tells TIME in a new video interview. “What if this record is so well received that it could end up on the cover of [the magazine].”

When Clinch’s portrait originally ran in Rolling Stone in 1993, it was for a short profile story. Three years later, on Sept. 13, 1996, when Shakur tragically died after being shot in a drive-by shooting, Clinch’s photo session with the rapper gained much attention, with Rolling Stone running one of the portraits on the cover.

Now, 20 years after Shakur’s death, Danny Clinch reflects on his experience working with the rapper. 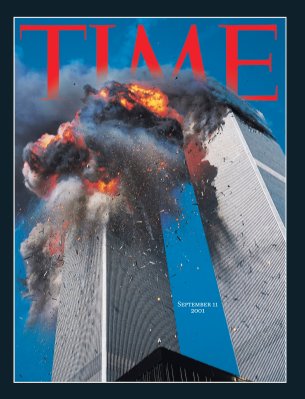 The Story Behind TIME's Original 9/11 Cover
Next Up: Editor's Pick