You Can Now Apply to Live, Work, and Shovel Snow in J.D. Salinger's Old House

A January 28, 2010 photo shows a copies of "The Catcher in the Rye" by author J.D. Salinger at a bookstore in Washington, DC.
Mandel Ngan—Getty Images
By Raisa Bruner

Do you need to get away from all the big-city phonies? Are you an artist? Would you like to partake in a winter escape to rural New Hampshire and take inspiration from the home of the famed writer J.D. Salinger?

If yes, then now would be the time to begin your application to the Cornish C.C.S. Residency Fellowship offered by the Center for Cartoon Studies. The monthlong residency program will give one lucky cartoonist the chance to live in the very house in which Catcher in the Rye author and notorious recluse J.D. Salinger spent 1953 to 1967, as the New Yorker notes, writing beloved works like Franny and Zooey and his Nine Stories collection.

The house and its surrounding 12 acres, owned and maintained by New Yorker cartoonist Harry Bliss, has been preserved in all its mid-century farmstead glory. The selected cartoonist will get to live and work in the studio apartment above the garage for the month of February 2017, in exactly the spot where the late Salinger spent much of his time. (Snoop around and see if you could find any unpublished works, if you’d like.) Bonus: there’s even a clawfoot bathtub for that proper rural feel. To sweeten the deal, they’re throwing in a $600 stipend, which should cover your starving-artist food budget.

But to be qualified for the residency, you need a few things: a car (it’s a long drive down a winding dirt road to the house); a willingness to perform “light, household maintenance” that would include shoveling the walkway (it will be the depths of winter, after all); and readiness to give a lecture at the Center for Cartoon Studies.

If all of that is up your alley, then you can send in your application by Nov. 1. Just a gentle reminder, though, that the next great American novel writer need not apply; this program is for cartoonists only, despite the Salinger connection. 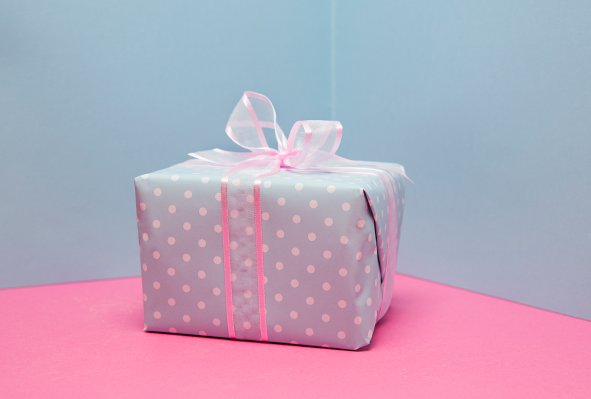 Couple Waited 9 Years to Open Wedding Gift That Read 'Do Not Open Until First Disagreement'
Next Up: Editor's Pick