The sugar industry has a long history of skewing nutrition science, a new report suggests. By combing through archival documents from the 1950s and 1960s, researchers from the University of California, San Francisco (UCSF), report that the sugar industry sponsored research that turned attention away from the sweetener’s link to heart disease and toward fat and cholesterol as the bigger culprits.

The documents the researchers reviewed in their report, published Monday in JAMA Internal Medicine, included correspondence between the Sugar Research Foundation (SRF) and nutrition professors at the Harvard School of Public Health. The letters discussed the SRF’s effort to respond to growing research linking sugar to coronary heart disease.

In 1954, SRF then-president Henry Hass gave a speech to the American Society of Sugar Beet Technologists that highlighted opportunities for the sugar industry to expand by encouraging people to adopt a low-fat diet. He said:

What appears to have happened next were efforts by the SRF to increase skepticism over sugar’s link to heart troubles. In 1967, an SRF-funded report led by Harvard nutrition professors was published in the New England Journal of Medicine. The report reviewed the available evidence that linked various nutrients to heart disease and argued that epidemiological and animal studies that linked sugar with heart disease were limited, and suggested the available science wasn’t up to snuff. The review also highlighted studies that linked saturated fat to heart problems, without the same critiques. The review was published in the journal without disclosing the sugar industry’s funding or role in making the study happen in the first place. (Later, in 1984, the NEJM began requiring disclosure of conflicts of interest.)

The Sugar Association—which is the current name of the SRF—released a statement saying, in part: “We acknowledge that the Sugar Research Foundation should have exercised greater transparency in all of its research activities, however, when the studies in question were published funding disclosures and transparency standards were not the norm they are today. Beyond this, it is challenging for us to comment on events that allegedly occurred 60 years ago, and on documents we have never seen.”

“What struck me was that I thought the evidence the researchers summarized in the review was stronger and more consistent for a sugar effect [on coronary heart disease] than for a fat effect,” says study author Stanton Glantz of UCSF. “No matter how good the evidence was linking sugar to heart disease, there was something wrong with it. But for fat, the evidence was fine. They set up a false dichotomy.”

In an editorial published alongside new study, Marion Nestle, a professor in the Department of Nutrition and Food Studies at NYU, writes that the Harvard professors who conducted the review knew what the funders wanted and provided those findings. “Whether they did this deliberately, unconsciously, or because they genuinely believed saturated fat to be the greater threat is unknown,” Nestle writes. “But science is not supposed to work this way. The documents make this review seem more about public relations than science.”

Study author Cristin Kearns of UCSF says she was surprised by the complexity of the sugar industry strategy. “It was such a sophisticated way to protect the industry’s interests so early on,” she says. “It’s overwhelming to unravel the different ways the industry has influenced this debate. The scope is probably much greater than we imagined.” 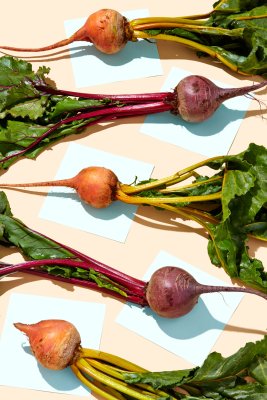 15 Ways Nutritionists Have Changed Their Diets
Next Up: Editor's Pick