Greta Van Susteren, who abruptly quit Fox News earlier this week, said Friday that she regrets that former Fox News chief Roger Ailes was not “supervised” by his higher-ups.

The former Fox News host, who had previously defended Ailes amid sexual harassment claims, issued a statement on Facebook, reiterating her regret for not believing former colleague Gretchen Carlson’s allegation against him.

“When I read the complaint written by lawyers—I never spoke to Gretchen as she was long gone from Fox—I found it inconsistent with what was my experience and information at the Fox News Channel, admittedly working 200 miles from the ‘scene of the crimes.’ It was hidden from all of us,” she wrote.

Her statement came after colleague Geraldo Rivera wrote a lengthy apology for discounting Carlson’s claims, saying he was initially “blindsided” by the scandal. “The man we knew as the blustering genius who invented our mighty Fox News Channel is a deceitful, selfish misogynist, if the charges against him are true,” he said. “To all the victims of sexual harassment, direct and indirect, I am sorry for what happened to you.”

Susteren said her regrets go “beyond Geraldo’s and beyond not believing a civil complaint written by lawyers.” “I regret that Roger Ailes was not supervised by those in a public corporation who had the duty to supervise him,” she said.

Ailes resigned from the cable TV news station last month. Earlier this week, 21st Century Fox reached a $20 million settlement deal with Carlson and apologized for the incident. “We sincerely regret and apologize for the fact that Gretchen was not treated with the respect that she and all our colleagues deserve,” Fox said in a statement. 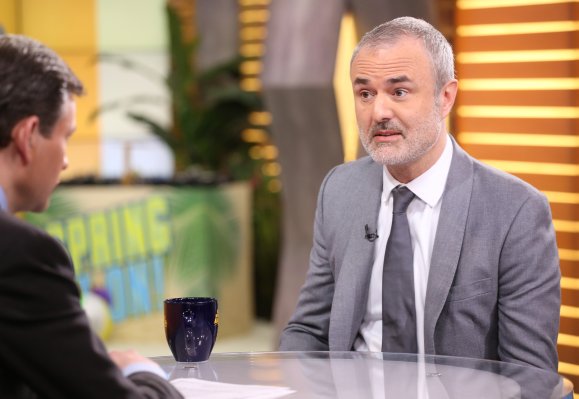 What It Was Like to Work for Gawker Media in Its Heyday
Next Up: Editor's Pick