How Trump and Clinton Could Be More Persuasive, According to Science

Picking a presidential candidate is not a rational choice. We think we pick by carefully considering the candidates and their qualifications. But scientists have learned that we simply support the candidate that feels right to us. After we choose, we explain the choice to ourselves and to others by highlighting the facts that make that choice seem reasonable.

It is probably good that choosing a candidate is not rational. The decision is too important to leave only to the deliberative, fact-based, conscious part of our brain. More than 99% of the brain’s power resides in the other part, the part we aren’t aware of. Our non-conscious mind enables us to walk, talk, catch a fly ball and fall in love. It organizes the millions of impressions coming through the eyes every moment into coherent 3D images. It’s a lot faster than the conscious mind, considers a broader range of data and recognizes patterns that are too subtle or complex for our conscious mind to notice.

Voters are tired of listening to stump speeches aimed at our rational minds. To be more persuasive, Trump and Clinton should do a better job communicating with the part of voters’ minds that really determines their choice by better using the power of action, emotion and symbolism.

We pay close attention to what Trump and Clinton (and everyone else) do but ignore why they did it. Psychologists call this the “Fundamental Attribution Error.” It means that people will assume that Trump and Clinton actually are the way they act even if they are acting that way just to get elected.

Trump seems to believe that voters want a candidate who is hard-nosed and tough with an abundance of common sense. He acts that way, and it’s working beautifully on his committed fans. But uncommitted voters want a candidate who is also wise and calmly decisive. Trump’s behavior may have won him the primary but it’s losing him the general election. People believe a candidate’s actions reveal the truth. If Trump were to act wise and calmly decisive—in other words, if he acted presidential—people would take it for granted that he is presidential.

Clinton seems to believe those uncommitted voters want a hopeful, competent and trustworthy candidate. If she acts that way, people will accept it. How exactly does one act trustworthy? Saying she is trustworthy or having others say it won’t work. She has to change her actions to be persuasive. For instance, by relaxing her inner wonk a bit, she could give answers that are less detailed or nuanced and more plain and simple. Carefully crafted specific answers can be saved for follow-up. When she tries to be too precise, she comes across as evasive.

The rational mind deals in facts. But our non-conscious mind—the part of our brain that actually makes choices—relies heavily on emotion.

Trump has done a good job giving his fans an emotional reward for supporting him. So far he has enabled his fans to feel assertive, even angry. But to reach out to uncommitted voters, he should show them that with him they can also feel confident. Right now his competitor is working hard to link Trump to the emotion of worry, and the polls say it’s starting to stick.

Clinton has yet to figure out what emotion she herself wants to offer her supporters. There are many possibilities. But, right now, she and her campaign seem largely emotionless. It’s a big weakness. She needs to decide what it feels like to be a Clinton supporter, and it has to be more than repulsion for the other candidate. If Clinton doesn’t clarify what it feels like to be her supporter, Trump will be happy to define that emotion for her.

Trump and Clinton should choose exactly what they would like pop into a voter’s mind upon hearing their name. Then, over and over again, place themselves next to people or things that exemplify those ideas. For example, Trump’s appearance next to the president of Mexico memorably connects him with a firm but reasonable immigration policy whether that is factually accurate or not. The image will endure while the words fade. Clinton, on the other hand, should not just talk about tax returns but pose next to her tax returns memorably connecting herself with a type of forthrightness that her competitor has resisted.

Fortunately for the candidates, associations don’t require factual accuracy, just repetition. A candidate is a vessel into which the campaign pours meaning. The candidate’s ego and personality may even get in the way. Candidates assume voters want to hear the important things they have to say. Voters don’t. Extended appearances in commercials by the candidates have limited value and can be counterproductive.

Policy specifics and personal details may be important in winning endorsements, but not in winning the hearts and minds of voters. Voters don’t need to get to know the flesh and blood candidate any more than they need to know the secret formula to Coke.

To better communicate with the part of voters’ brains that really decides, Trump and Clinton have to remember that winning an argument is completely different from winning a vote. 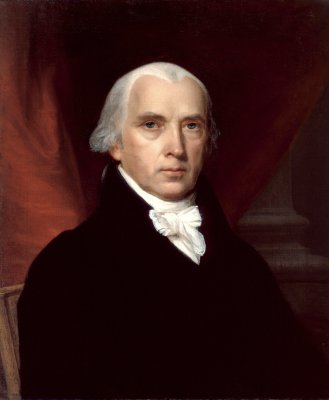 We Interviewed 'James Madison' on Constitution Day and Here’s What He Said
Next Up: Editor's Pick