Cam Newton Has a New Touchdown Dance to Replace the Dab

The Panthers may have lost to the Broncos by one point in Thursday’s NFL opener at Denver’s Sports Authority Field at Mile High, but a touchdown by Cam Newton near the end of the second quarter did allow the Carolina quarterback to debut what appears to be his new touchdown dance for the 2016-17 season.

After retiring dabbing — the now-viral dance that took the football world by storm last year — during a June appearance on The Mac Attack, Newton took full advantage of the chance to show off his new move after running the ball in for the Panthers’ second score of the night. The routine involved a rhythmic dusting his hands off move that finished with his patented “Superman” celebration. 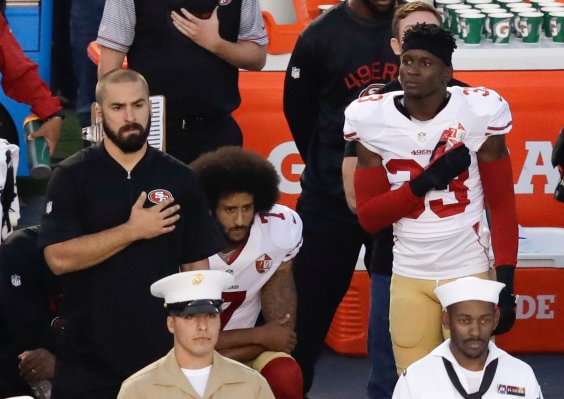 Colin Kaepernick Denies Rumors of Conversion to Islam
Next Up: Editor's Pick