Donald Trump Doubles Down on Russia

If you only read one thing: Donald Trump doubled-down on his statements of praise for Russian strongman Vladimir Putin Thursday, as his campaign and running-mate praise the authoritarian leader as superior to President Obama. Trump followed that up with an appearance on RT, the Russian-government’s English-language network, in which he criticized the U.S. media and again raised doubts about the fairness of the U.S. election process. His comments came as the FBI stepped up its outreach to states to prevent potential election intrusions as intelligence officials investigate increasingly aggressive and sophisticated hacking attacks believed to be part of a Russian-government effort to influence the U.S. election. Meanwhile, Trump campaign manager Kellyanne Conway said the campaign was doing a favor for the RT host Larry King, Trump’s personal friend, and didn’t realize it would be broadcast on the network. Oops.

Trump also spent much of Thursday maintaining that he has always been opposed to the Iraq War—a statement that is so demonstrably false even he struggled with it. The GOP nominee pushed aside an interview with radio host Howard Stern in which he backed the invasion, claiming he “superseded” those comments more than a year later after the invasion began with ones opposing the effort. That’s not how things work. But regardless, Trump sees some benefit in keeping the issue alive, as it brings back Hillary Clinton’s own vote in favor of the Iraq War and slow path toward admitting it was a mistake. The issue, which featured heavily in the 2008 Democratic primary, remains a sore spot for Clinton and Trump is hoping to use it to tarnish her foreign policy credentials.

After months of aggressively negative campaigning against Trump, Hillary Clinton is taking a turn for the positive with a new direct-to-camera ad Friday designed to highlight her problem solving record. It comes as Clinton is preparing to give a series of more hopeful speeches, as she looks to bolster her own approval ratings—which took a dive amid new email revelations over the last several weeks.

Trump, Clinton: Commanders in Cheese
TIME’s Joe Klein on the state of the debate

Hillary Clinton’s Team Aims for a More Positive Message
Democratic candidate, on attack of late, is advised to pivot and give people reasons to back her [Wall Street Journal]

“I think it’s inarguable that Vladimir Putin has been a stronger leader in his country than Barack Obama has been in this country. And that’s going to change the day that Donald Trump becomes president.” —Mike Pence to CNN Thursday

“Every Republican holding or seeking office in this country should be asked if they agree with Donald Trump about these statements.” —Hillary Clinton at a press conference Thursday on Trump’s comments about U.S. generals and Vladimir Putin. 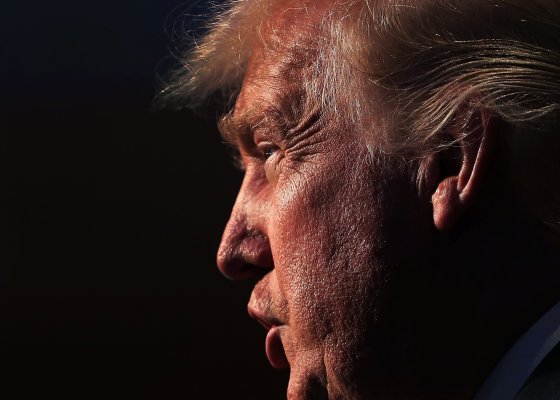