How to Fight Extremism with Atheism

Lindsay is the author of three books, including Everybody Is Wrong About God.

Torres is a contributing writer for the Future of Life Institute and founding director of the X-Risks Institute.

The world isn’t ending, but we face a tremendous problem from people who believe it is. The beliefs of many radicals have become increasingly apocalyptic over the past decade. They’re convinced the end of the world is imminent and that they have a special role in bringing it about. Whether or not you’re interested in the apocalypse, terrorists who believe it’s coming are interested in you.

Solutions are hard to come by. But there is a way to counter extremism that’s potentially as effective as it is unpopular. It’s a social and intellectual strategy that aims to undermine the religious beliefs that motivate jihadists—and one of the most controversial set of ideas to emerge in the West in the last quarter century: New Atheism.

New Atheism emerged in direct response to the 9/11 terrorist attacks executed by al-Qaeda, which demonstrated that acting upon certain religious beliefs could lead to catastrophe. The movement offered a heretofore unwelcomed perspective: That every religion has negative consequences, and that even religious moderates contribute to the problem because, by affirming that faith is a legitimate reason to hold beliefs, they enable religious extremists.

In making this case, the New Atheists famously broke one longstanding taboo against criticizing a person’s faith. But they broke a second taboo as well. Some New Atheists on the Left—including Sam Harris, Jerry Coyne, Richard Dawkins and Michael Shermer—joined voices with many on the Right by saying there are unique dangers associated with jihad, such as martyrdom. New Atheists argued that focusing on generic religious extremism is a smokescreen, that the specific contents of religious doctrine delimit ways in which extremism plays out and thus some doctrines pose greater threats than others.

New Atheism has already succeeded in shifting the cultural landscape of Western civilization, making it far more acceptable to be openly atheist, giving atheists unprecedented public visibility, buttressing the legal boundaries of secularism and changing the nature of public discourse about faith, belief, God and religion.

New Atheist ideas like these have percolated into closed, traditional Muslim societies, giving those populations an opportunity to question their beliefs. In Muslim countries, New Atheist writings—which are illegal—have helped sow seeds of doubt and dissent. The Arabic translation of Richard Dawkins’ The God Delusion, for example, has been downloaded ten million times, and pictures of people holding it while overlooking Mecca are remarkably commonplace given the draconian penalties for doing so—ranging from ten years imprisonment to death.

New Atheism may have inched into the Islamic world, but it has not found deep roots. And its current approach isn’t well-suited to further penetrate Muslim societies. The condescending speech of New Atheists—calling religious people delusional, for example—is not an effective cross-cultural strategy for generating change.

The next chapter in New Atheism will require a more nuanced, if not gentler, pen. The Dutch-American Somali-born author Ayaan Hirsi Ali, for example, has eloquently argued that Islam needs an internal reformation before intellectual and religious pluralism can become commonplace in the Islamic world. Atheism, Ali points out, is a logical step that comes after Enlightenment values like rationalism and tolerance, and the liberties of a free, open and secular society are in place.

To that end, New Atheists have begun reaching out to collaborate with moderate Muslims and, arguably more importantly, ex-Muslims. Many of those former Muslims have become New Atheists and gone back into their communities to advocate for reform. For example, Maajid Nawaz (a liberal Muslim and a former member of a radical Islamist group who became a counter-extremist) and Ali Rizvi (a self-identified “Atheist Muslim”) have been intimately involved in an ongoing Islamic reformation by helping to erode blasphemy laws.

The way ahead requires being able to speak honestly about religion, and New Atheism has been the most effective cultural effort to broker this conversation. Its endeavors going forward, however, must recognize the humanity in religion while maintaining a candid dialogue about deep-rooted conflicts between reason and faith. A matured New Atheism is needed more today than ever before to offer a unique alternative to irreconcilable conflicts of faith, some of which wish to end the world. 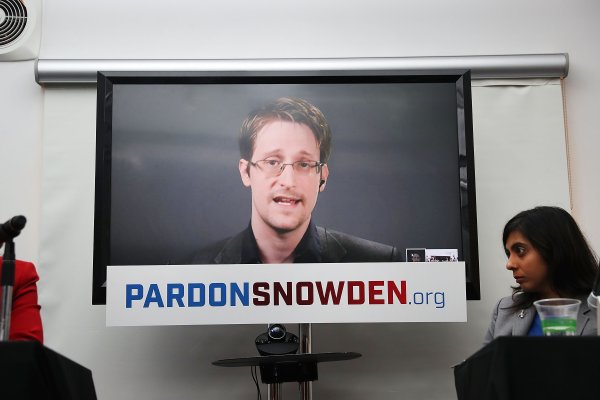