Hillary Clinton Addresses Perception That She's Cold: 'You Need to Protect Yourself'

Throughout her political career and the 2016 election, Hillary Clinton has been plagued with criticism that she’s too cold or distant, and now she’s opening up about where she thinks this perception comes from.

In a post published on Thursday on the Humans of New York’s Facebook page, Clinton said: “I know that I can be perceived as aloof or cold or unemotional. But I had to learn as a young woman to control my emotions. And that’s a hard path to walk. Because you need to protect yourself, you need to keep steady, but at the same time you don’t want to seem ‘walled off.’”

The post comes only a day after Reince Priebus, the chair of the Republican National Committee, chastised the Democratic presidential nominee for not smiling during Wednesday’s Commander-in-Chief forum.

In the post, she details an experience where she faced sexism head on while a senior at college waiting to take a law school admissions test at Harvard. She was one of only a few women in the room, and she says her male classmates made a point to tell the women that they didn’t belong. Clinton told the same story to New York Magazine‘s Rebecca Traister in a piece published in May.

“And while we’re waiting for the exam to start, a group of men began to yell things like: ‘You don’t need to be here.’ And ‘There’s plenty else you can do.’ It turned into a real ‘pile on.’ One of them even said: ‘If you take my spot, I’ll get drafted, and I’ll go to Vietnam, and I’ll die.’ And they weren’t kidding around. It was intense. It got very personal,” she wrote. “But I couldn’t respond. I couldn’t afford to get distracted because I didn’t want to mess up the test.”

“I don’t view myself as cold or unemotional. And neither do my friends. And neither does my family,” she said. “But if that sometimes is the perception I create, then I can’t blame people for thinking that.” 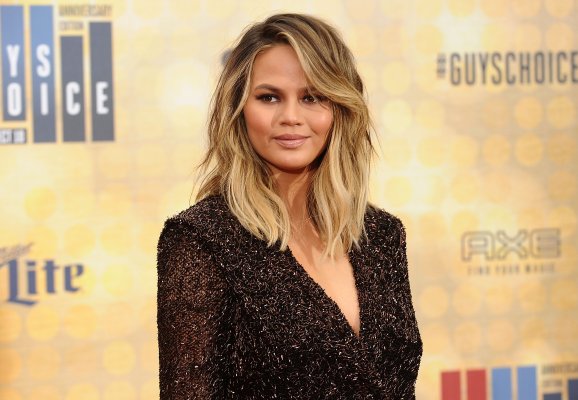 Chrissy Teigen Says Ivanka Trump Should ‘Probably Run for Office One Day’
Next Up: Editor's Pick