U.S. President Barack Obama shrugged off a clash with his abrasive Philippine counterpart Rodrigo Duterte during remarks at the close of an Association of Southeast Asian Nations (ASEAN) Summit in Laos on Thursday, instead focusing on the maintaining peace and security in the South China Sea.

The Philippines has been a key U.S. ally in opposition to China’s expansive territorial claims in the contested waters. But that alliance was put under strain after Duterte called Obama “a son of a whore” for pledging to raise the issue of the Philippine leader’s deadly “drug war” during scheduled talks.

White House officials canceled the meeting over the remarks, though the two leaders did chat briefly in a holding room before a summit gala dinner. “I did shake hands with President Duterte last night,” Obama told a press conference, declining to say whether the Philippine leader apologized for his profanity. “I don’t take these kinds of things personally.”

“I think it’s just a habit, a way of speaking for him,” he added, as National Security Adviser Susan Rice, seated in the front row, seemed to shake her head in exasperation.

Duterte has expressed a more conciliatory approach toward Beijing regarding the South China Sea dispute than his predecessor, Benigno Aquino, who lodged a complaint at the Permanent Court of Arbitration at the Hague, and agreed to ramped-up U.S. troop and ship rotations at Philippine naval bases.

The Philippine leader had previously called for high-level negotiations to solve the dispute, telling TIME that war with China was “unthinkable,” though on Tuesday his office released pictures of Chinese Coast Guard vessels and barges equipped with cranes by the disputed Scarborough Shoal, which China seized after a standoff with the Philippine navy in 2012.

“We believe that this is a precursor to possible building of structures on the shoal,” Philippine spokesman Arsenio Andolong said in Manila, reports Reuters. “We are gravely concerned.” China has denied it has any intentions to militarize the shoal, which lies just 120 nautical miles west of the main Philippine island of Luzon. However, it has already built bases on the Spratly Islands, which are similarly claimed by both Beijing and Manila.

Obama reiterated Washington’s commitment to “upholding fundamental interests, among them freedom of navigation and over flight, lawful commerce that is not impeded, and peaceful resolution of disputes” in the South China Sea. U.S. has increased freedom of navigation exercises in response to the raised tensions. (China, Malaysia, Vietnam, Taiwan, Brunei and the Philippines all have overlapping claims in the waterway). The tensions have the potential to spill over into global trade; an estimated $5 trillion of cargo passes annually through the straits.

Regarding Duterte’s controversial war on drugs and its thousands of extrajudicial killings, Obama insisted that the topic would be broached at another time. “As despicable as these [narco-trafficking] networks may be, as much damage as they do, it is important from our perspective that we [combat them] the right way,” he said. “Because the consequences of the wrong way is that innocent people get hurt.”

It was Obama’s 11th and final trip to Asia as President — his seventh to ASEAN nations — as his Administration has attempted a political, economic and military “rebalancing” to the region. But efforts to challenge China economically are in limbo as the Trans-Pacific Partnership (TPP) — a free-trade pact of 12 nations, including four in ASEAN — remains stalled in Congress. In addition, both candidates for November’s presidential elections oppose TPP.

Cognizant that time was slipping way, Obama say he was “determined to do everything I can to get the U.S. Congress to approve TPP before I leave office.”

Obama said that enhanced links with ASEAN — among the world’s fastest-growing regions, where the U.S. already has $226 billion invested — would only boost the U.S. economy and safeguard American jobs. To press his case, he referring to his own experiences of having spent a portion of his childhood in Indonesia.

“When I think back to the time I spent here as a boy,” he said, “I can’t help be struck by the tremendous progress that’s been made across much of the region.” 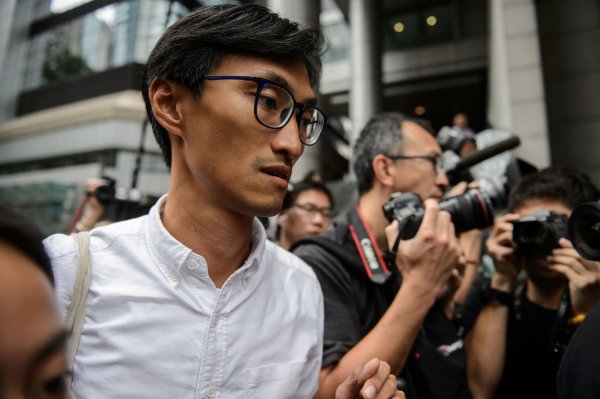