A member of Team Belarus holds aloft a Russian flag while taking part in the opening ceremony of the Rio Paralympics at the Maracana Stadium in Rio de Janeiro, Brazil on Sept. 7, 2016
Sergio Moraes—REUTERS
By Kevin Lui

Inclusion and unity were the themes for the Rio Paralympics’ opening ceremony on Wednesday night, but one country’s action highlighted what’s been excluded from these games.

The delegation from Belarus, whose Paralympic Committee chair had reportedly suggested last month that he would stand with Russia’s banned athletes, was seen carrying the flag of Russia when it entered the Maracana stadium during the parade of athletes, reports The Guardian.

The International Paralympic Committee has banned all 267 athletes representing Russia from competing in Rio, even under a neutral banner, a decision vindicated last month by a court of sports.

This came after multiple Russian athletes were banned from the Rio Olympics following allegations of widespread state-sponsored doping in the country.

According to the Guardian, the flag in question was subsequently confiscated, and the International Paralympic Committee (IPC) was said to be considering its next steps. 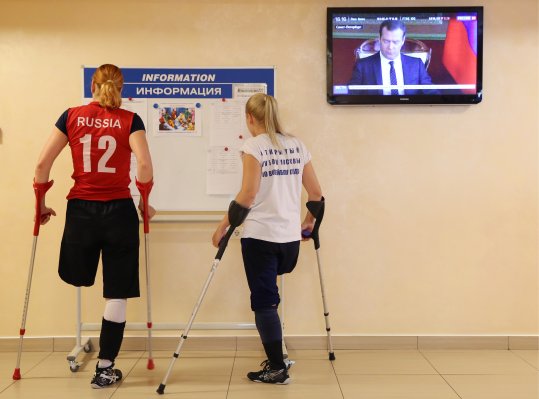