WASHINGTON, DC - AUGUST 23: Green Party presidential nominee Jill Stein answers questions during a press conference at the National Press Club August 23, 2016 in Washington, DC. Stein discussed her candidacy and her attempts to be included in the presidential debates sponsored by the Commission on Presidential Debates during her remarks.
Win McNamee—Getty Images
By Mahita Gajanan

A North Dakota judge issued an arrest warrant for Green Party presidential candidate Jill Stein after she allegedly spray-painted construction equipment during a protest against the construction of a $3.8 billion oil pipeline.

Stein and her running mate Ajamu Baraka were charged Wednesday on criminal trespassing and mischief after Stein spray-painted “I approve this message” in red paint on bulldozer blade on Tuesday. Baraka is accused of painting the word “decolonization” on another piece of construction equipment, the Associated Press reported.

It was not immediately clear whether Stein plans to turn herself in. 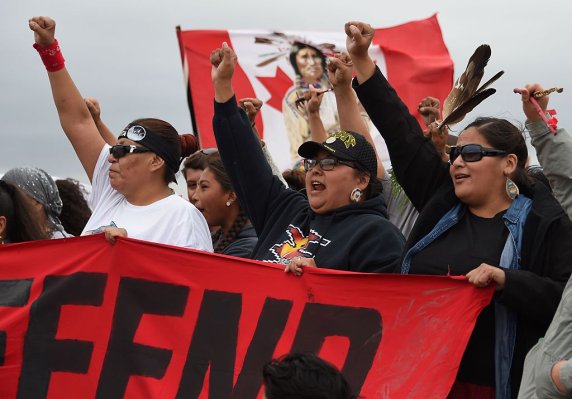