A Woman Brought Her Blind Son With Autism to a Field to Die, Police Say

A Missouri woman kept her autistic son in a field for days without food, water or his medication until he died, police said.

Kimberly Lightwine repeatedly told police she killed her son after the two were found in a Missouri field on August 29. Police found Lightwine face down, wearing only a pair of panties and her son, Austin Anderson dead about 15 to 20 feet away from his mother, wearing a diaper that “appeared to be full.” Temperatures that day rose to 93 degrees in the area, east of Morrisville, Mo.

Lightwine, 42, told Polk County detective Billy Simpson she had driven to the field with her son after taking methamphetamine. She said “she and God brought her baby into this world and that she had to help God take him out,” Simpson wrote in a probable cause statement provided by the Bolivar Herald-Free Press.

“I’m a terrible mother. I got high and I got depressed and I think I am going to throw up,” Lightwine said, according to the statement.

Lightwine said she and Anderson remained in the field for “several days” without food, water or her son’s necessary medication. According to the statement, Anderson was autistic and blind, and required hydrocortisone medication to manage his blood sugar level and the balance of salt and water in his body.

Detectives spoke with Anderson’s unidentified father who said his son “required certain medications for his medical conditions/disabilities and that if his son did not take the hydrocortisone medication, he would go into a coma and die.”

Anderson’s autopsy showed his brain was swollen from dehydration and possibly shock from the lack of medication, the statement said. 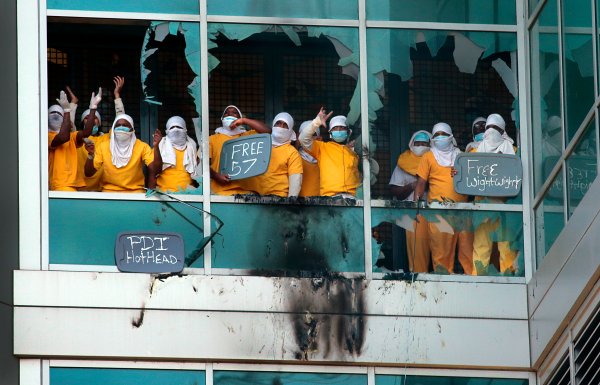