Outreach materials at a press conference for the Ban The Box Petition Delivery to The White House in Washington, D.C., on Oct. 26, 2015.
Larry French—ColorOfChange.org/Getty Images
Ideas
By Jennifer Doleac and Benjamin Hansen

Doleac is an assistant professor of public policy and economics at the University of Virginia and a nonresident fellow at the Brookings Institution.

Hansen is an associate professor of economics at the University of Oregon and a research associate at the National Bureau of Economic Research.

If we want to reduce incarceration rates, we must help ex-offenders build stable lives outside prison walls. Assisting them as they find jobs, even from employers skeptical of those with past convictions, is an important step to enabling them. One common method is to “Ban The Box,” which amounts to preventing employers from asking about applicants’ criminal records until late in the application process. (The policy gets its name from the box that applicants are asked to check if they’ve been convicted of a crime.) If applicants with criminal records can get an interview, advocates reason, perhaps they can convince employers that they’re a good fit for the position regardless of their history.

This seems like a good idea. But recent evidence suggests that BTB laws do more harm than good. They actually decrease employment for young, low-skilled black and Hispanic men overall, a group that already struggles to get work even when they have committed no crime.

This is because—box or no box—employers remain reluctant to hire people with criminal records. The typical ex-offender is likely to face problems that the typical non-offender does not: difficulty finding stable housing; high rates of mental illness, substance abuse and emotional trauma; poor interpersonal skills; low levels of education and little or interrupted work histories. Our incarceration system worsens many of these problems by focusing more on warehousing offenders than rehabilitating them. Those who have a recent conviction are also likely to re-offend, which could unexpectedly take them off the job. And hiring someone with a criminal record increases employers’ risk of a negligent hiring lawsuit, if the employee does something like assault a customer. These are all valid concerns for an employer who is seeking a reliable, productive employee.

Banning the box does nothing to address those concerns. Employers still have incentives to avoid interviewing and hiring ex-offenders. When we take precise information about criminal histories away, then, employers are left to guess based on the remaining information they do have—such as education, gender and race. That is, they statistically discriminate against groups that are most likely to have a recent conviction.

We studied this question. Using the gradual adoption of BTB in cities and states across the country, we measured the effect BTB had on employment. We found that between 2004 and 2014, banning the box reduced employment by 5.1 percent for young black men without a college degree, and by 2.9 percent for young Hispanic men without a college degree. It’s clear: The unintended costs are significant.

Advocates for BTB will note: Statistical discrimination based on race is illegal. This is true and well-intended. But racial discrimination is difficult to detect and punish. It is extremely unlikely that we could mitigate this unintended consequence of BTB through increased enforcement of anti-discrimination laws.

Meanwhile, there is not yet evidence that BTB helps those with criminal records. In a recent field experiment, researchers submitted thousands of fake job applications before and after BTB, and randomly varied the race and criminal history of the applicants. They found that while BTB reduced callbacks for black men without records (due to statistical discrimination), it increased callbacks for black men with records (because those records were no longer observable). However, it’s not clear if those black men with records would have gotten jobs. Most employers still run a background check before deciding if they’ll hire someone.

Removing information about criminal records is not the only way that hiding negative information about job applicants broadly hurts disadvantaged groups more than it helps them. Other studies have found that preventing employers from checking credit scores or conducting drug tests reduces black employment. Employers use this information because it is valuable: It provides a strong, albeit imperfect, signal about whether an applicant will be a reliable, productive employee. Without that information, employers do not assume the best about everyone—they discriminate against groups that are likely to have the characteristics they want to avoid.

There are better ways to help people with criminal records. We should invest in evidence-based diversion programs (which provide alternatives to traditional incarceration) and reentry programs that prepare ex-offenders for the labor market. Programs with good track records can vouch for their graduates, providing a more valuable signal to employers about an applicant’s work-readiness than a criminal record provides. We should also clarify employers’ legal responsibilities when hiring ex-offenders, to reduce liability concerns—perhaps by increasing the use of “employability certificates” that deem someone legally riskless.

Any of these policies would do more to help ex-offenders find jobs—without unintentionally hurting all young black and Hispanic men looking for work. 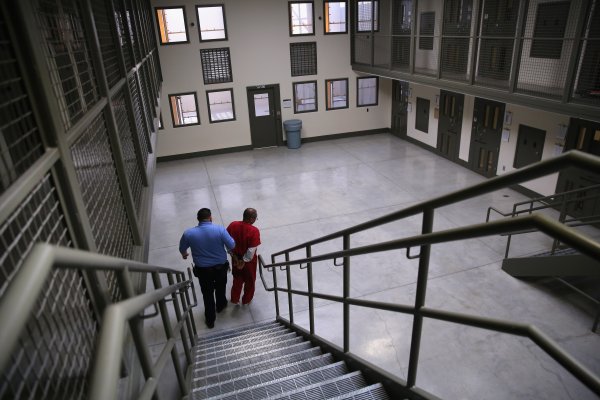 This Is the Real Reason Private Prisons Should Be Outlawed
Next Up: Editor's Pick