The World's Oldest Man Was Born 113 Years Ago. Here's What Else Happened Then

Library of Congress
By Olivia B. Waxman

Thursday marks the 113th birthday of the world’s oldest man, Israel Kristal, whose claim to fame has been verified by the Guinness World Records, Gerontology Research Group, and the Jewish Records Indexing in Poland.

Kristal was born Izrael Icek Krysztal on Sept. 15, 1903, in a Russian-occupied Polish village. According to the Gerontology Research Group, when the Nazis invaded Poland, Kristal—who ran a candy shop in Lodz with his father—had to move to the Litzmannstadt Ghetto with his family. Four years later, he was sent to Auschwitz, and labored at several other camps before being liberated in May of 1945. His wife Chaja Fajga Frucht and their two children did not survive the Holocaust. He later remarried, had a son and relocated to Haifa, Israel, where he has lived since 1950.

On the occasion of Kristal’s 113th birthday, TIME looks backs at the history made the year he was born.

January 19: The first transatlantic wireless message from the United States was sent

March 14: The first wildlife refuge in the U.S. was established

The champion, Frenchman Maurice Garin, set a record for the race‘s largest margin when the second-place cyclist rode in 2 hours and 49 minutes later.

July 23: The first Ford was sold

The Ford Motor Company was incorporated, and orders for the Ford Model A revved up.

Summer: Jack London’s Call of the Wild was published

First serialized in the Saturday Evening Post, Jack London’s classic novel told the adventures of a sled dog named Buck during the 1890s gold rush in the Alaskan Yukon.

The Boston team (now known as the Red Sox) beat the Pittsburgh Pirates 5-3 after their owners agreed to a “best of nine” series.

The U.S. established diplomatic relations with Panama after aiding the revolt, which led to the construction of the Panama Canal, a more affordable and quicker shipping route connecting the Atlantic and Pacific Oceans. The dealings would be one of President Roosevelt’s most significant and controversial foreign policy initiatives.

After Henri Becquerel discovered the radioactivity of uranium in 1896, Marie and Pierre Curie discovered even more radioactive elements polonium and radium.

The Wright Brothers Wilbur and Orville were airborne for 12 seconds and 120 feet over Kill Devil Hills, N.C. In a telegram to their father, they wrote that their “flyer” had four successful flights, the longest being 59 seconds and 852 feet in distance. 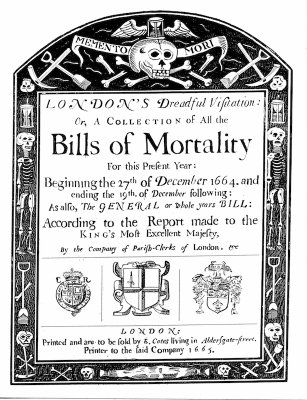 The Great Plague of 1665: Case Closed?
Next Up: Editor's Pick