A California woman woke up in the middle of the night to what she thought was a stomachache and suddenly found herself giving birth.

Jennifer Favela, a 35-year-old Burbank mother, had no idea she was pregnant until her water broke early in the morning of Labor Day.

“Shocked is an understatement,” she told CBS News. “I woke up in the middle of the night just thinking I had a stomachache.”

Favela, who is also the mother of a 13-year-old and 7-year-old, says she never had morning sickness and her husband Jeff Parungoa says that the only hint he saw was that his wife had gained a little bit of weight.

Parungoa delivered the baby boy in the family’s hallway while on the phone with 911. He relied on what he saw when his other kids were born, according to CBS.

The couple broadcast their ambulance ride via Snapchat and posted on Facebook, where many offered congratulations to the surprised couple. 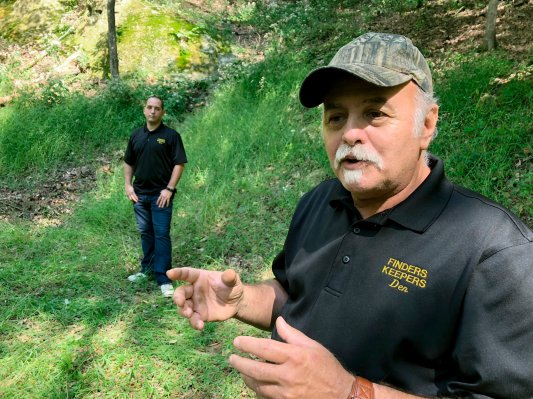 The FBI Searched for a Fabled Cache of Civil War Gold
Next Up: Editor's Pick