A prominent activist who helped lead protests in Ferguson, Missouri following the fatal police shooting of Michael Brown has died.

Police said Darren Seals, 29, was found dead with a gunshot wound inside a vehicle that had been set on fire, according to the New York Times. The case is being investigated as a homicide, and the motive behind the murder is unclear.

Seals was well known in the city as one of the many who sought justice for Brown in the last two years since a white police officer shot and killed the unarmed black 18-year-old.

In a November 2014 interview with MTV News, Seals said he was proud of the activists he stood with even though a grand jury did not indict the officer.

Seals was also a factory line worker and a hip-hop artist, the St. Louis American reported. In the same interview with MTV News, he said gun violence plagues the city. “What people don’t understand is, we actually live in a nightmare,” he said. “We actually live in a place where gunshots [are normal]. We hear gunshots everyday.”

Many activists have mourned his death on social media. At least one friend said Seals “represented the best of us in Ferguson.” 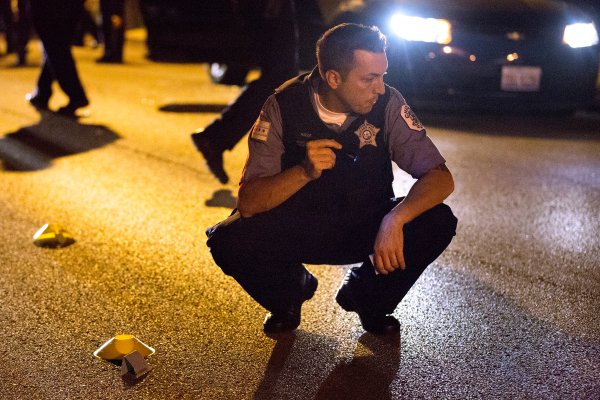 Chicago Murder Rate Tops 500 This Year
Next Up: Editor's Pick