Rodrigo Duterte has made bombastic, crude public statements the hallmark of his political career, joking about gang rape, referring to global leaders like the Pope and President Obama as a “son of a whore” and threatening to “butcher” criminals and drug addicts. This week, the President of the Philippines added allusions to cannibalism to his rapidly growing lexicon of controversial utterances.

In a Monday-night address to the Filipino community in Laos, where he is attending the ASEAN Summit, Duterte threatened to “eat” members of the Islamist militant group Abu Sayyaf that operates in his country’s South, according to the Philippine Daily Inquirer.

“If I have to face them, you know I can eat humans,” he was quoted as saying, to an audience that reportedly included young children. “I will really open up your body. Just give me vinegar and salt, and I will eat you.”

Duterte has espoused a somewhat conciliatory approach towards the long-running insurgency since he took office about two months ago, a sharp contrast to his scorched-earth war on drugs in which over 2,000 people have been killed thus far. However, last week’s bombing by ISIS-linked Abu Sayyaf in Davao — the city he was mayor of for more than two decades — prompted him to declare a state of emergency and set his sights firmly on the terrorists.

“Go ahead. Set off bombs. Time will come when I will eat you in front of the people,” he threatened the militants during his speech. “I will devour you.” 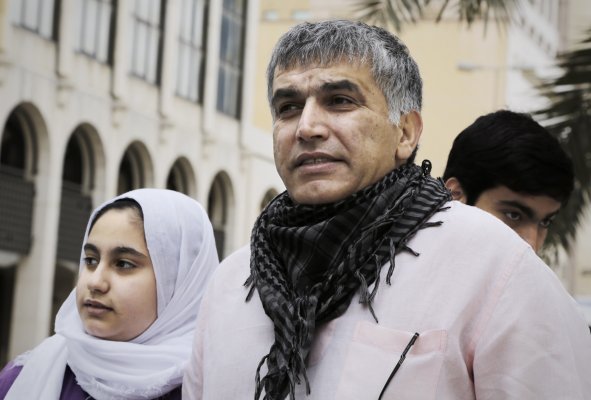 U.S. Calls on Bahrain to Free Prominent Rights Activist
Next Up: Editor's Pick