The Canadian Judicial Council is deciding on the future of a Canadian judge who is accused of misconduct towards the alleged victim during a rape case.

According to the Globe and Mail, the former plaintiff described how Federal Court Justice Robin Camp “made me hate myself,” when he asked her questions including, “Why didn’t I close my legs or knees or put my ass in the sink.”

Transcripts cited by the National Post show that during the 2014 trial, Camp was quoted as saying “sex and pain sometimes go together — that’s not necessarily a bad thing.” He also reportedly called the plaintiff “the accused.”

Addressing a judiciary panel on Tuesday, Camp’s lawyer said the provincial judge was “undereducated” when it came to sexual-assault laws, but that he should not be punished for the justice system’s historical failings, the Globe and Mail reported.

Camp’s novelist daughter Lauren-Lee Camp — also a victim of rape — wrote in a letter of support that her father’s comments in the case were “disgraceful,” but that he is now “staggered by the mistakes he made.”

The panel will recommend whether or not Camp’s continuing presence on the bench will undermine confidence in the Canadian justice system.

Only two Canadian judges have been recommended for dismissal since 1971. 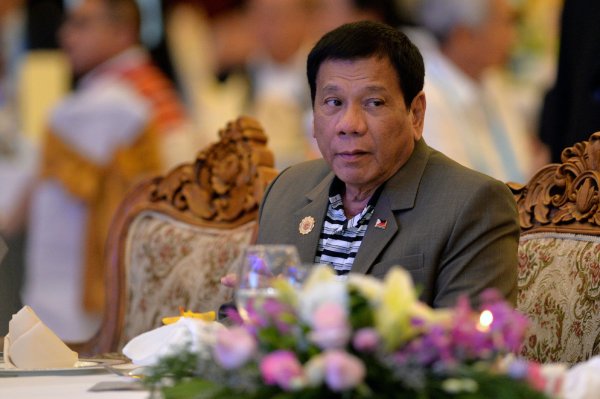 'I Will Eat You Alive,' Philippine President Tells Terrorists
Next Up: Editor's Pick