Russia Pulls Back From Ukraine but Maintains Hard Line in Dispute

Russia signaled on Monday that it would withdraw an unspecified number of troops from its border with Ukraine. But the Kremlin continued to play hardball on Tuesday with Western powers seeking to defuse the crisis, and upped the ante in the confrontation considerably when the state energy company Gazprom announced it was hiking the price it charges Ukraine for natural gas.

The signs of a slight pullback came in the form of a phone call from Russian President Vladimir Putin to German Chancellor Angela Merkel, German officials said, and in reports from Ukrainian security officials. But officials in Ukraine warned that the move may be more akin to the regular rotation of troops rather than a larger withdrawal.

“The number has definitely dropped, and [the situation] has calmed down,” Ukrainian Major General Oleksandr Rozmaznin told reporters on Monday, according to Reuters. “We won’t rejoice and shout ‘Hurray.’ It doesn’t matter how many of them there are, we just need to make sure our defenses are strong.”

Russia had massed by some counts 40,000 troops along the border, with tens of thousands of soldiers reportedly on alert. Moscow has maintained that the troops are merely conducting training exercises. But analysts and American officials worry they could be used to take control of more territory in western Ukraine that is home to a large ethnic-Russian population, following the annexation of the Crimea region from Ukraine last month. While U.S. officials on Monday said they were unable to confirm reports of troop withdrawals, the State Department continued to speak out against what it called Russian provocation near Ukraine and urged the Kremlin to ease tensions in the region by engaging with the new pro-Western government in Kiev.

“Obviously, if these reports were true that some were being pulled back from the border region, if they were accurate, it would be a welcome preliminary step,” State Department spokeswoman Marie Harf told reporters on Monday. “Obviously, we would call on Russia to accelerate this process and to pull back more troops.”

“But let’s also be clear that this isn’t anywhere close to the sum total of what needs to be done here and what we need to see. We would continue to urge Russia to engage in a dialogue with the government in Kiev to de-escalate the situation while respecting the sovereignty and territorial integrity of Ukraine. So if this is true, good first step, need to see more of it.”

In another sign that tensions remained high Tuesday, the NATO foreign ministers announced in a joint statement the alliance is suspending “all practical civilian and military cooperation between NATO and Russia.” Some diplomatic channels will remain open, they said, primarily to facilitate talks toward resolving the crisis. Russia “has gravely breached the trust upon which our cooperation must be based,” they said.

Despite word of the withdrawal, Russia continued to engage in a confrontational war of words with the West and Ukraine. To Kiev’s chagrin, Russian Prime Minister Dmitri Medvedev attended a Cabinet meeting in Crimea, the latest sign of Moscow’s consolidation of power in the peninsula it annexed from Ukraine. In a move that could carry considerably more risk of escalation, state energy giant Gazprom said it was increasing the price of natural gas for Ukraine from $268.50 per 1,000 cubic meters to $385.50, CNN reports.

And according to a report in the Russian state media, Moscow refused to participate in an informal meeting at the U.N. Security Council that representatives from Crimea’s Tatar minority were scheduled to attend.

“We categorically refuse to associate with the Security Council the propaganda show sponsored by Lithuania and involving odious personalities,” the country’s U.N. mission said in a statement. “A get-together of this kind cannot a priori provide whatever unbiased information on the situation in Crimea, a constituent territory of the Russian Federation.”

Russian officials also announced through the state press that the country’s legislature was considering introducing a new law that would provide a fast track for ethnic Russians to receive Russian citizenship.

Hostilities have been building between Kiev and Moscow since Ukraine’s pro-Russian leader was toppled from power earlier this year, which prompted Russia to take control of and annex the Crimea region while massing tens of thousands of troops along the countries’ shared border.

— With reporting by Michael Crowley / Washington 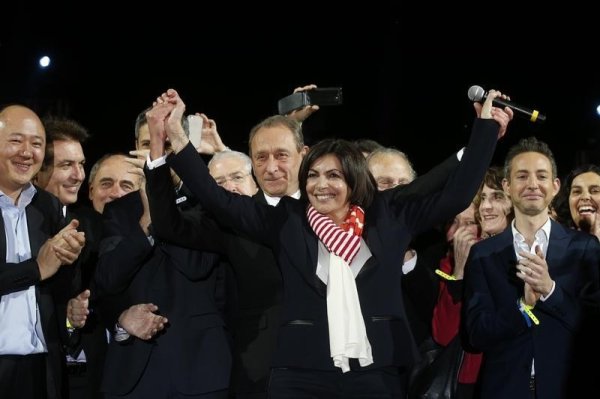