An 11-year-old boy in South Carolina has died while playing the “Choking Game,” a dangerous phenomenon that claims hundreds of children’s lives each year, his father and safety advocates say.

Garrett Pope Jr. died in his bedroom last week from accidental asphyxiation after choking himself with a cloth belt from his school uniform, according to Jennifer Collins, a spokeswoman for the Lancaster County Coroner’s Office. The coroner’s office believes the “Choking Game” was likely at the root of the tragedy. Children who participate in the game cut off the blood flow to their brain to achieve a brief moment of lightheadedness or euphoria when they let themselves breathe again, advocates say.

“He took this terrible ‘game’ too far,” the boy’s father, Garrett Pope Sr., said in a Facebook post that has been shared more than 1,500 times. “My family has never felt pain like this before, and we don’t [want] anyone else to go through what we are going through.”

Pope Sr., who declined to be interviewed Tuesday as he prepared for his son’s evening funeral service, wrote in the post that the little boy was “young and impressionable” and that his “senseless death” was not intentional. He urged parents to speak to their children about the dangers of the game.

“He didn’t know what he was doing, and made a terrible mistake,” he wrote.

Pope Jr. had just started sixth grade. The boy—who was remembered as funny and smart—aspired to attend Clemson University, his father said.

The “Choking Game” has been around for at least two decades, although it may be known by different names. The goal of the game is to release pressure at the right time before passing out to feel a type of high, advocates say.

At least 250 and up to 1,000 young people die in the U.S. each year while playing a version of the game, according to Games Adolescents Shouldn’t Play (GASP), an international nonprofit that focuses on putting an end to the “Choking Game.” However, data is difficult to track because many cases are reported as suicides, the group notes.

The Centers for Disease Control and Prevention said it recorded 82 people who died from the game between 1995 and 2007, using only news reports to gather the statistics.

The risky game can also lead to brain injuries and the death of a significant number of brain cells, according to the CDC.

“The term ‘game’ implies’ that it’s fun,” Pope Sr. told the Lancaster News. “We need to change that perception.” 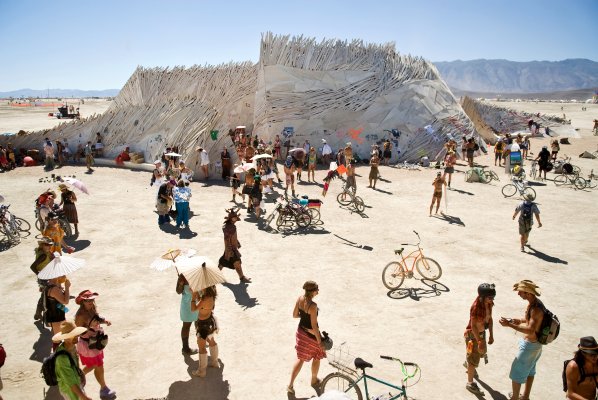 Revellers are Still Trying to Leave Burning Man Festival - 24 Hours After it Finished
Next Up: Editor's Pick