Chris Brown Was Set Up by Woman Who Accused Him of Pulling Gun, Lawyer Says

Chris Brown maintained his innocence in a new video Monday as his lawyer insisted the Grammy-winning singer was set up by the woman who had accused Brown of threatening her at gunpoint last week.

Brown said his name was smeared after his accuser, Baylee Curran, claimed he pointed a gun at her inside his Los Angeles home last Tuesday, according to ABC News. Police arrested the R&B artist on suspicion of assault with a deadly weapon after waiting for a warrant outside of Brown’s home for several hours.

“I cannot wait until the truth comes to light about this incident and this situation,” Brown says in the video provided to ABC. “My character’s been defaced and who I am as a person and my integrity.”

Brown’s lawyer, Mark Geragos, told the news station that he believes Brown was framed. The lawyer shared a text message that he says Curran sent to a friend before 911 was alerted.

“This freak Chris Brown is kicking me out of his house because I called his friend’s jewelry fake,” the message purportedly read. “I’m going to set him up and call the cops and say that he tried to shoot me and that will teach him a lesson. I’m going to set his a– up.”

Curran told ABC that she stands by her claim. 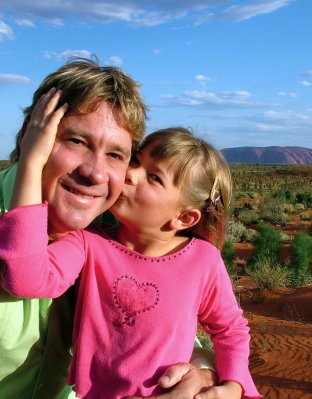 Steve Irwin’s Daughter Bindi Irwin on 10th Anniversary of His Death: ‘You’ll Be My Hero for My Entire Existence’
Next Up: Editor's Pick