Rodrigo Duterte Declares a State of Emergency in the Philippines

Philippine President Rodrigo Duterte has declared an indefinite “state of national emergency on account of lawless violence” following a deadly blast in his home city of Davao last week that left 14 dead and dozens injured.

The one-page proclamation does not require congressional approval and will remain in effect “until lifted or withdrawn by the President,” according to a senior official cited by local news site Rappler.

Duterte had initially declared a “state of lawlessness” after the Sept. 2 attack — which has been claimed by Abu Sayyaf extremists — but he said the declaration did not amount to martial law.

Monday’s proclamation, however, grants sweeping powers to the police and armed forces, and is not subject to a 60-day limitation as with martial law.

Duterte signed off on the decree just before boarding a plane to Laos, where he is attending a regional summit. The foul-mouthed new leader caused controversy even before his arrival. U.S. President Barack Obama called off a scheduled meeting with Duterte after he referred to Obama as a “son of a b-tch” and warned him to steer clear of questions about a spate of extrajudicial killings.

More than 2,400 suspected drug users and dealers have been killed since Duterte took office in late June, as the former Davao City mayor — known as “the Punisher” — began a gruesome nationwide war on drugs. 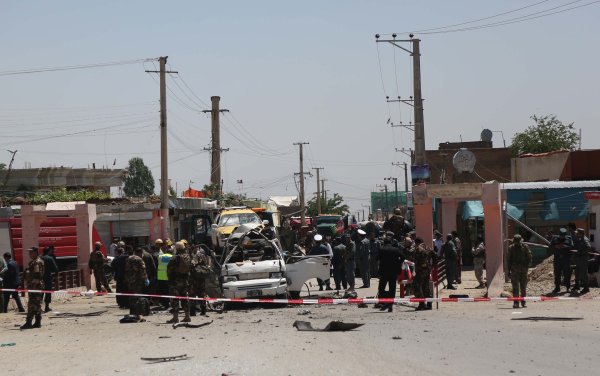 Taliban Attack Kills Dozens in Kabul
Next Up: Editor's Pick