A convoy of farmers, french businesses owners and locals blockade the main road into the Port of Calais as they protest against The Jungle migrant camp on September 5, 2016 in Calais, France.
Jack Taylor—Getty Images
By TIME Staff

French truck drivers blockaded the main highway in Calais Monday to protest against the government’s failure to shut down the “Jungle” refugee camp in the port town.

Local business owners joined farmers and truck drivers to block the route, which leads to the Channel Tunnel and Calais ferry terminal, the Guardian reports. The sprawling camp is home to between 7,000 and 10,000 refugees, mainly from Africa and the Middle East, and serves as a jumping-off point for many migrants trying to reach the U.K.

But truck drivers have reported human traffickers going to extreme lengths to try and stow refugees onto trucks heading towards Britain, including throwing petrol bombs, felling trees to block roads, and threatening drivers with chainsaws and machetes.

Although many are sympathetic to the migrants’ plight, locals describe a growing fear of increasingly dangerous human smugglers as a tipping point for Calais residents.

According to a Eurotunnel spokesman, protestors agreed to end the blockade on Monday following concessions from the French government. Hauliers promised fresh protests if the camp is not dismantled. 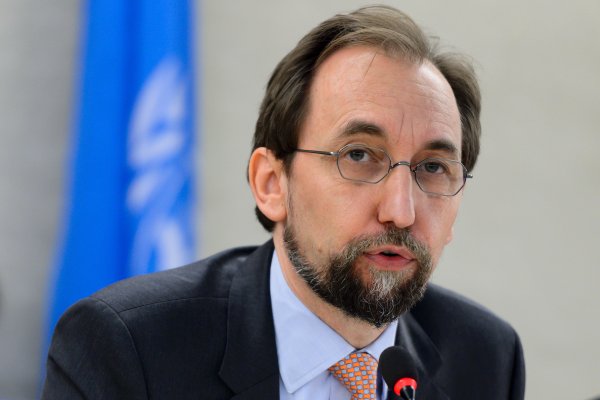