President Barack Obama on Monday said Colin Kaepernick is “exercising his constitutional right” by choosing not to stand for the national anthem.

At a news conference in China, Obama addressed the San Francisco 49ers quarterback’s protest, which has garnered much attention after the NFL player said he refused to “show pride in a flag for a country that oppresses black people and people of color.”

“I got to confess that I haven’t been thinking about football while I’ve been over here and I haven’t been follow this closely,” Obama said, according to Fox 43. “But my understanding, at least, is that is he’s exercising his constitutional right to make a statement. I think there’s a long history of sports figures doing so.”

“As a general matter, when it comes to the flag the national anthem and the meaning that holds for our men and women in uniform and those who’ve fought for us — that is a tough thing for them to get past to then hear what his deeper concerns are,” the commander-in-chief added. “But I don’t doubt his sincerity. I think he cares about some real, legitimate issues that need to be talked about and if nothing else what he’s doing has generated more conversation around some topics that need to be talked about.”

“I’d rather have young people engaged in the argument and trying to think through how they can be part of our democratic process than those who are just sitting on the sidelines,” Obama said. 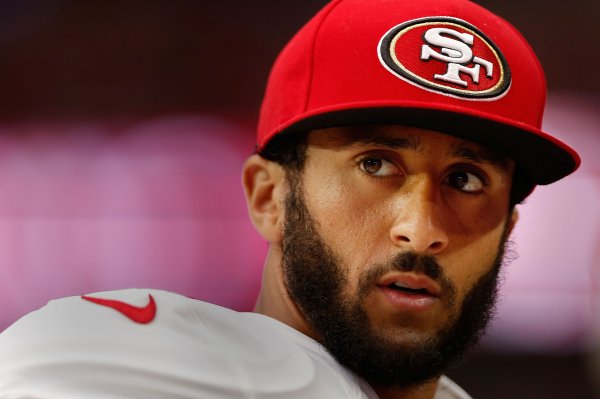 Colin Kaepernick Says He is Not Anti-American and Respects the Military
Next Up: Editor's Pick