Scotland’s First Minister Nicola Sturgeon has revealed for the first time that she had a miscarriage in January 2011.

The politician told the U.K.’s Sunday Times Magazine that she lost a baby aged 40, when she was deputy first minister. She had been preparing to share the news of her pregnancy when she had the miscarriage. Despite her personal heartbreak she still spent the day attending the 40th anniversary of the Ibrox disaster, where 66 football supporters were killed after being crushed in a stairwell when exiting Ibrox Park in Glasgow.

Sturgeon, 46, is married to the Scottish National Party’s chief executive Peter Murrell. The pair met at a SNP youth weekend event when she was just 18 and they formed a relationship 18 years later, in 2003. They have had no children.

“This was obviously a painful experience for Peter and I and while Mandy [Rhodes, the author of the article] has known about it for some time, she has always respected our decision not to talk about it publicly,” Sturgeon wrote, in a statement released following the magazine’s publication.

“By allowing my own experience to be reported I hope, perhaps ironically, that I might contribute in a small way to a future climate in which these matters are respected as entirely personal – rather than poured over and speculated about as they often are now.”

When asked whether she thought she would have achieved so much in politics if she had had children, Sturgeon said that it was an “unanswerable question”. “I’d like to think yes, because I could have shown that having a child wasn’t a barrier to all of this, but in truth I don’t know,” she said.

“Having a baby might have so fundamentally changed our lives that things would have taken a different path, but if somebody gave me the choice now to turn back the clock 20 years and say you can choose to start to think about this much earlier and have children, I’d take that.” 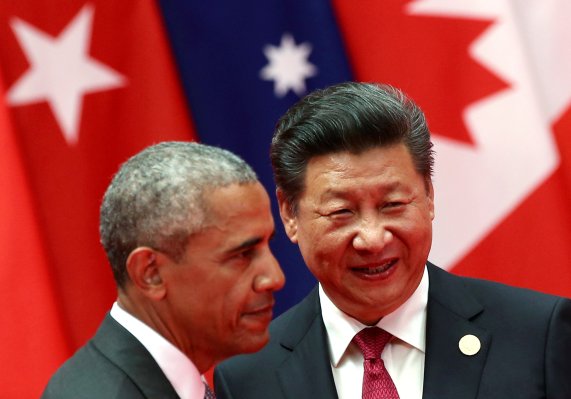 Diplomatic Jostling Characterizes an Inconclusive G-20
Next Up: Editor's Pick