Lena Dunham apologized on Saturday for comments she made in an interview with Amy Schumer featured in her Lenny Letter newsletter this week that sparked backlash online.

“I was sitting next to Odell Beckham Jr., and it was so amazing because it was like he looked at me and he determined I was not the shape of a woman by his standards. He was like, ‘That’s a marshmallow. That’s a child. That’s a dog.’ It wasn’t mean — he just seemed confused,” Dunham said.

“The vibe was very much like, ‘Do I want to f— it? Is it wearing a … yep, it’s wearing a tuxedo. I’m going to go back to my cell phone.’ It was like we were forced to be together, and he literally was scrolling Instagram rather than have to look at a woman in a bow tie. I was like, ‘This should be called the Metropolitan Museum of Getting Rejected by Athletes.'”

Many on social media criticized Dunham for making public assumptions about Beckham and for perpetuating racist stereotypes about black men, especially black athletes. Dunham responded via Twitter on Friday and said the story was “about my own insecurities as an average-bodied woman at a table of supermodels & athletes.”

But she posted a more extensive apology on Saturday.

“I went ahead and projected these insecurities and made totally narcissistic assumptions about what he was thinking, then presented those assumptions as facts. I feel terrible about it. Because after listening to lots of valid criticism, I see how unfair it is to ascribe misogynistic thoughts to someone I don’t know AT ALL. Like, we have never met, I have no idea the kind of day he’s having or what his truth is,” Dunham wrote.

“But most importantly, I would never intentionally contribute to a long and often violent history of the over-sexualization of black male bodies- as well as false accusations by white women towards black men. I’m so sorry, particularly to OBJ, who has every right to be on his cell phone.”

See her full apology below: 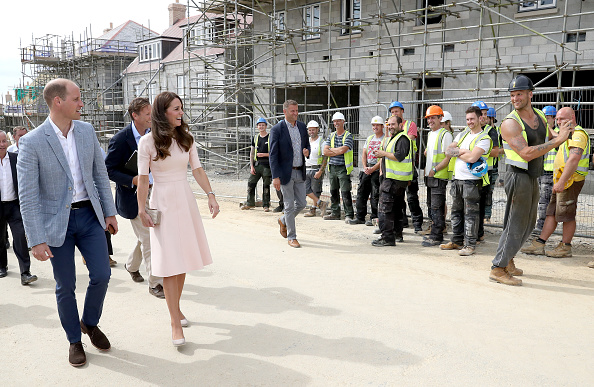 Construction Worker Explains His Viral Selfie With Kate Middleton
Next Up: Editor's Pick