The JunoCam instrument obtained this view of Jupiter on August 27, about two hours before closest approach, when the spacecraft was 120,000 miles (195,000 kilometers) away from the giant planet (i.e., for Jupiter's center).
NASA/JPL-Caltech/SwRI/MSSS
By Katie Reilly

NASA released the first-ever images of Jupiter’s north pole on Friday after the agency’s Juno spacecraft completed a fly-by of the planet last weekend, revealing unique characteristics of the solar system’s largest planet.

The weather activity and storm systems depicted in the images are unlike anything seen before on gas-giant planets, NASA said. The spacecraft, which arrived at Jupiter on July 4, traveled about 2,500 miles above Jupiter’s clouds.

“First glimpse of Jupiter’s north pole, and it looks like nothing we have seen or imagined before,” said Scott Bolton, principal investigator of Juno from the Southwest Research Institute in San Antonio, according to NASA. “It’s bluer in color up there than other parts of the planet, and there are a lot of storms. There is no sign of the latitudinal bands or zone and belts that we are used to—this image is hardly recognizable as Jupiter. We’re seeing signs that the clouds have shadows, possibly indicating that the clouds are at a higher altitude than other features.”

Read more: Why NASA is Legally Required to Go to Jupiter—and Why That’s Good

The Juno spacecraft will study Jupiter during the course of 36 more flybys.

This infrared image gives an unprecedented view of the southern aurora of Jupiter, as captured by NASA's Juno spacecraft on Aug. 27, 2016.
NASA/JPL-Caltech/SwRI/MSSS
More Must-Read Stories From TIME 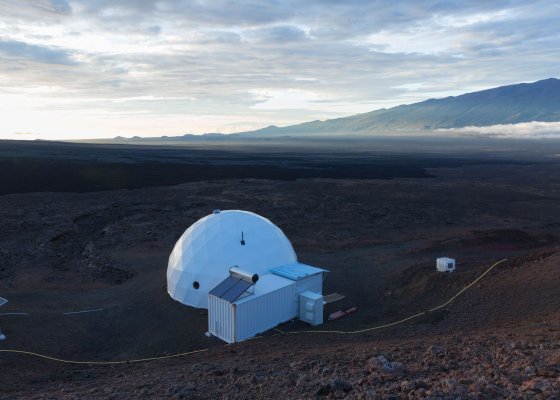 Spend 24 Hours on Mars—Live
Next Up: Editor's Pick