The United States and China announced Saturday that they are formally joining the Paris Agreement to combat climate change, significantly increasing the likelihood that the accord will take effect this year.

The announcement, made by U.S. President Barack Obama and Chinese President Xi Jinping before the start of the G20 summit in Hangzhou, China, adds momentum to ongoing international discussions surrounding climate change. The accord requires 55 countries to join, representing 55% of the world’s greenhouse gas emissions, before it enters into force. Together the U.S. and China represent nearly 39% of the world’s emissions. They join 24 other countries that have already signed on to the agreement, according to a count from the World Resources Institute.

The announcement is the latest in an unlikely partnership on climate change between the two countries. Chinese opposition to strong global warming measures, at least in part, prevented efforts to reach a strong climate deal in Copenhagen in 2009. But climate became an area of cooperation when Xi took office in 2013. The alignment between Obama and Xi has been credited with building support from other countries in advance of the Paris conference in 2015 that yielded the world’s strongest agreement on climate change. Climate policy experts hope that Saturday’s U.S.-China announcement will similarly encourage other countries just as other collaborative efforts have done in the past.

“Over the last several years, we have effectively demonstrated that as the world’s two largest emitters and economies, if we can come together, we can help move the world forward on combating climate change,” said Brian Deese, a senior adviser to Obama, adding that the announcement brought the cooperation “full circle.”

Early entry into force would reduce the chance that a future president could scuttle the deal as Donald Trump has promised to do repeatedly on the campaign trail. The deal mandates a mandatory three-year waiting period after entry into force before a country can remove itself from the agreement. Additionally, a country would be required to give at least a year’s notice before making such a move.

The announcement with China is the latest move in the past several weeks from the White House aimed at ensuring Obama’s legacy on climate change. Obama gave speeches this week in Lake Tahoe and Hawaii before making a stop at the Midway Islands, all aimed at bringing attention to climate change. He also designated the largest protected marine area in the world in Hawaii. “We’ve been working on climate change on every front,” he said in a speech in Lake Tahoe. “We’ve worked to generate more clean energy, use less dirty energy, waste less energy overall.”

“Once the agreement enters into force, you can’t just pull back out,” says Nathaniel Keohane, vice president of global climate at the Environmental Defense Fund. “This is less about the U.S. ability to walk away, it’s about the U.S. showing leadership—that entry into force applies to everyone else too.”

Saturday’s announcement also included a promise for the two countries to help push for a global agreement on HFCs—the climate change-causing pollutant in your air conditioner—by the end of the year and expanded efforts to reduce global aviation emissions.

Professionals devoted to fighting climate change—both scientists and policy experts—say that the measures could not take effect soon enough. Global warming in the past year has occurred at such a rapid pace that it has made some question whether the agreement’s goal of holding global temperature rise below 2°C (3.6°F) by 2100 is even feasible. At the very least, experts say, the agreement should take effect sooner rather than later. 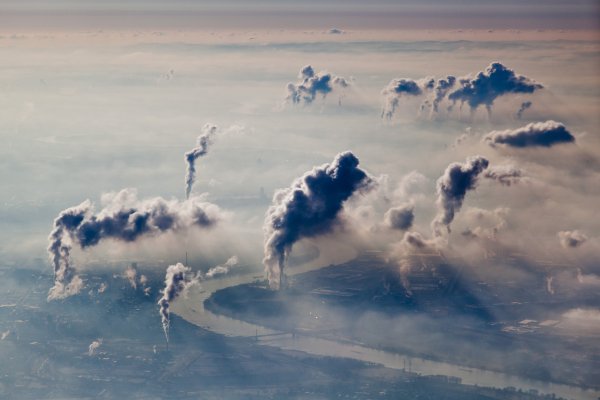 Humans Have Caused Global Warming for Longer Than We Thought
Next Up: Editor's Pick