This will be Wagner Moura’s last year playing Pablo Escobar in the Netflix show Narcos. In a bold move, the streaming service has already announced that the drug lord will die during the second season of the show. But that doesn’t mean the end for Narcos. Moura talks the future of the show, how playing Escobar changed his views on the drug trade and his reaction to reported threats over the rights to Escobar’s story from the kingpin’s real-life brother.

TIME: Netflix has already revealed that Pablo Escobar dies this season. How long did you know that your character’s run would only last two seasons?

Did that realization change the way you approached the character in the second season?

No. But what did change, because of the timeline, is the entire series. The second season became something more dramatic and less epic. The first season tries to explain to people how the drug trade works. Now in the second season, it’s more about the characters, about the guy losing his power, losing his money and losing his family.

In that sense, it changed for me because in the first season I was dealing with powerful Pablo all the time. So the second season, we’re going to see this guy as very weak. That was hard for me because sometimes I didn’t know how he would react to situations — the things you don’t see in the books about Pablo Escobar or in the documentaries. So sometimes I would have to put myself in his shoes and think, “How would I react if I was him?”

Has the show impacted your view on the drug trade?

Here, in South America, the drug trade is a big reality. It’s part of our daily lives. Narcos ratified in me the idea that drugs should be legalized because the policy towards drugs are especially bad for countries that export and produce drugs. Young people from poor neighborhoods in Mexico, Brazil, Bolivia and Peru are dying.

But in Colombia, for example, the way people received the show was completely different. Colombians are sick of Narcos stories because Colombia is a country that has changed so much. It’s a country that’s completely different from the country that we see in Narcos. They reconstructed themselves in 25 years, which is amazing. So now when a Colombian citizen shows their passport, and people go, “Oh, Colombia. Cocaine!” For them it’s like, “Come on.” They’re sick of that.

We wanted to be as responsible and respectful as we could with the Colombian people. If you take a look at the series, there are no good guys and bad guys. The American guys are not exactly the heroes of the series. So we tried to be as accurate as we could.

There were reports that Pablo Escobar’s brother wasn’t happy with the show and even threatened to sue Netflix.

This is for Netflix to deal with, in terms of the legal problem. I think it’s really weird. First of all, there’s no character that’s Pablo’s brother in the show. He’s not depicted in the show. And from what I’ve heard, he said he’s the only member of the family that’s still alive, which is crazy because Pablo has a living daughter. It doesn’t make any sense. But the best was when he was sure that Wagner Maura has never laundered money and that I’ve never run a cartel in my life, which is completely true. Yeah, he’s right.

Do you think the popularity of the show will prove to other shows that Americans are actually willing to read subtitles?

I think so. There was always this taboo. People were always saying, Americans don’t like to read subtitles. And then the show was a big hit in the states. One of the things I like best about Netflix is that they make projects like Beasts of No Nation. It’s a film about a reality in an African country where kids were being used to be soldiers in a war. And it made so much sense to me as a citizen of the world.

How does the show move on without Pablo Escobar?

The idea of Narcos was always beyond Escobar. That’s Jose Padilha’s ida. He’s the guy who created the show is a very good friend of mine, and that’s why he cast me as Pablo. I was Brazilian and skinny, so I wasn’t the obvious choice. But I know the idea was to do a show about something that’s really important, which is the drug trade. Escobar was just the beginning.

I can say that the idea is to have a third season about the Cali cartel, and another one about Mexico. Mexico nowadays is what Colombia was back in the 80s — a narco country, a country completely dominated by the drug trade. So it goes beyond Escobar. 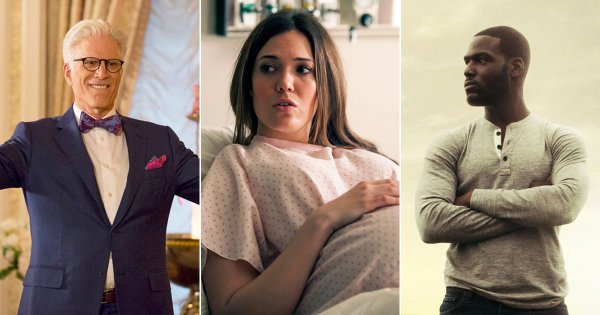 12 TV Shows You Should Watch This Fall
Next Up: Editor's Pick