See Beyoncé Cheer Serena Williams on at the U.S. Open

Talk about game recognizing game. Beyoncé and Jay Z attended the U.S. Open on Thursday night to watch Bey’s friend Serena Williams beat Vania King, and in so doing tie Martina Navratilova’s record with her 306th Grand Slam win, in New York City. The pair was sitting just one row behind Williams’ family. This isn’t the first time that Queen Bey and Hov have come to watch Williams compete — they also made an appearance at her sets during Wimbledon.

Williams, for her part, also supports her friends; she notably appeared in Beyoncé’s video for “Sorry” and took time during this U.S. Open to hang out with fellow Rio Olympic pals, Simone Manuel and Ibtihaj Muhammad.

Williams told ESPN on Friday that having celebrity friends like Bey and Jay in the crowd doesn’t leave her star-struck, but actually improves her game.

“Usually when people are there, I try to play better, especially if they’re famous and they’re doing so great at their job,” she said, post-match. “It’s like I want to show them that I’m good at my job, too.” 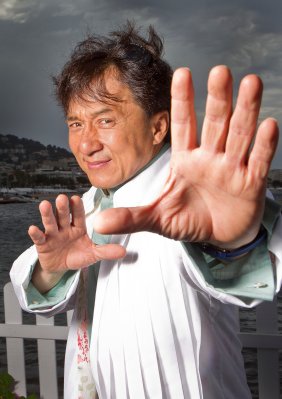