Two California brothers who brutally killed their parents nearly three decades ago play chess with each other regularly by mailing in moves as they carry out life sentences in separate prisons for the double murder.

Erik and Lyle Menendez have not seen each other since they were thrown behind bars, but they communicate often through snail mail, according to journalist Robert Rand, who is writing a book about the brothers’ case.

“They do write letters to each other,” Rand told the Today show in a new interview. “And actually, recently, they’ve been playing a chess match together that they make moves by mail.”

In 1989, the brothers opened fire on their parents, Jose and Kitty Menendez, blasting the couple with 15 shotgun wounds as they were sitting in their Beverly Hills living room and watching television, TIME previously reported. The jury heard disturbing details during the trial, including the fact that Erik put the shotgun in his mom’s cheek and blew away her eye and nose.

The brothers claimed they were abused by their father and were acting in self-defense. They were later convicted of first-degree murder with special circumstances and sentenced to life in prison without the possibility of parole.

Now, Lyle Menendez, 48, and Erik Menendez, 45, are both married after tying the knot while in prison, Today reports. Lyle Menendez wedded his wife through a ceremony conducted over a speakerphone, Rand said. His brother started a hospice program in prison, where he is “well-liked” by the other inmates, Rand said. Neither are allowed to have conjugal visits under California law.

Read More: Can a ‘Sibling Effect’ Help Draw the Troubled Toward Terror?

In 2005, Erik Menendez said he regretted the crime but said he was “not a murderer” during a rare jailhouse interview with MSNBC’s Rita Cosby on Live and Direct.

“But you killed your parents?” Cosby replied.

“That’s true, but I’m not a murderer,” Erik Menendez said. “You know, it’s—I didn’t do this crime because I’m a bad person or for whatever reasons that have been put out there. I panicked and I reacted in the worst imaginable way.” 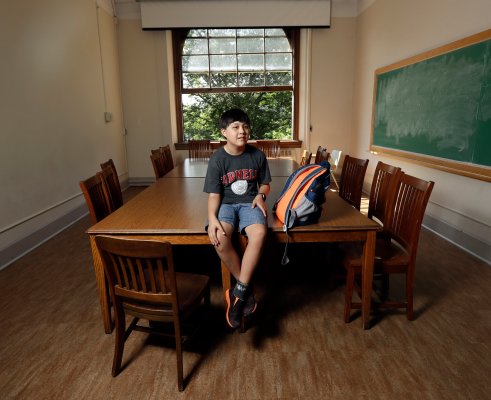 This 12-Year-Old is a College Freshman at Cornell University
Next Up: Editor's Pick