Prince William, Duke of Cambridge and Catherine, Duchess of Cambridge share a joke with construction workers as they visit Nansledan, a 218-hectare site that will provide future business and housing for the local area on September 1, 2016 in Newquay, United Kingdom.
Chris Jackson - WPA Pool/Getty Images
By Megan McCluskey

After construction worker Sam Wayne took a selfie with the Duke and Duchess of Cambridge during the royal couple’s visit to a building development in Cornwall, England, on Thursday, the picture quickly went viral. However, a photo of Wayne’s selfie attempt — which features a laughing Kate Middleton and a seemingly unamused Prince William — sparked speculation that the workers had subjected the Princess to catcalling, reports Metro News Canada.

In a Friday interview with the Daily Express, Wayne — who also captured a selfie with Prince Charles in 2014 — insisted that although a few workers made comments about her appearance, everyone was respectful of Middleton. “I did not hear any wolf whistling — a few of the builders said she was looking hot — but everyone was very respectful.”

Wayne went on to say that the rumors were generated by stereotypes associated with construction workers. “I am a bit cheeky and it is a bit of fun — but I find it all very odd that all the headlines about their visit have just been about a selfie,” he said. “As much as I love my five minutes of fame the reaction has been based around a stereotype of builders and scaffolders.” 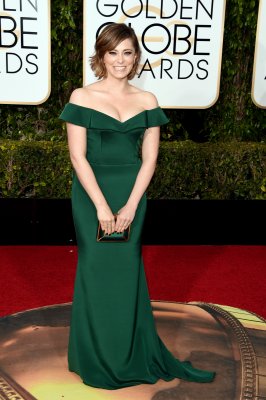