It’s a slate that’s diverse both in ways that reflect America—including two women, two nonwhite journalists, and an openly gay man—as well as the news business. The slate ranges from a host on an identifiably conservative news outlet to an old-school nightly news anchor to a fresh, less-recognizable face. While the grousing over debate moderation and timing from Republican nominee Donald Trump throughout this election cycle had given rise to much speculation over what moderators his campaign might agree to, this list is about the most auspicious anyone interested in TV fireworks could hope for. (The moderators were, as always, chosen by the nonpartisan Commission on Presidential Debates, which governs the timing and moderation of the quadrennial events.)

Part of what makes the group so exciting is a sense of turnover. None of these moderators are exactly millennials—and nor should they be, given the level of public trust and sheer broadcasting experience it takes to credibly pull a gig like this off. But they’re all new to the general-election debate game, except for Raddatz, who stood out as a breakout star moderating the Joe Biden-Paul Ryan vice presidential debate with sharp knowledge and attention to detail in 2012.

Raddatz stood out all the more against last cycle’s presidential debates, moderated in large part by a prior generation of broadcasters taking their last lap. The first of 2012’s presidential debates was moderated by PBS’s Jim Lehrer, who, in his twelfth go-round, saw his generally too-gentle-by-half, dispassionate style give way to something like indifference as the candidates went after one another more relentlessly than was easy to follow. Fellow veteran debate moderator Bob Schieffer, of CBS, did a little better, and CNN’s Candy Crowley’s willingness to correct the record onstage sparked conservatives criticism but was utterly compelling as pure TV and revealing as to how candidate Mitt Romney reacted under unexpected pressure. Crowley’s perceived pro-Obama advocacy in that debate, along with the fact of her, like Lehrer and Schieffer, now having retired, probably made her a non-starter when it came to choosing this cycle’s debates.

We’re the better for it. The difference in rhetorical style between candidate Trump in particular from past nominees demands a set of moderators who have not dug in deep grooves on their particular modes of questioning. I can imagine nothing less informative than Lehrer’s hands-off mode of allowing the candidates relatively free rein, honed over cycle after cycle of familiar styles of candidate rhetoric. By contrast, Chris Wallace—one of Fox News’s nonpartisan news anchors rather than an opinion broadcaster, so much so that he’s done great work interviewing Hillary Clinton during the campaign—was refreshingly blunt with his lines of questioning during the Republican debates, as when he challenged Trump on his deficit calculations. He seemed to appreciate that the challenge in keeping the debates on-topic and actually informative, this time, was different.

Wallace was one of the sharpest of the moderators in the lengthy cycle of primary debates, a cycle that had an almost bizarre-seeming level of vigor and excitement (not all of it due to candidate Trump, who seemed to lose interest in the process as the field winnowed). If he and his counterparts can transfer the energy that Americans experienced throughout the primary debate process, meaningful light might actually be shed both on Trump and on Clinton, a candidate who, as has been widely noted by a press that wants her to host a press conference, avoids press conferences. A Raddatz or a Cooper or a Wallace, all of whom have shown willingness to press their points and ask aggressive follow-ups, could go some way towards closing the gap between the willingness to answer tough questions Clinton owes the public and what she’s so far been willing to do.

While it’s a truism that televised debates won the election for John F. Kennedy in 1960, it certainly seems in recent cycles as though the candidate who was going to win the election won the election with little thanks to the debates. (If ever a debate was going to change an election outcome, it was in 2012, when Romney took advantage of the slack Lehrer provided to talk circles around the incumbent president. Romney still lost.) None of these moderators are likely to change the outcome given the dug-in nature of the viewership at home, both to the left and to the right.

And yet the mere fact of their freshness—that, while they’re certainly part of the journalism establishment, they don’t yet seem like old hands at the moderating-presidential-debates thing—is cause enough for hope, that the broadcast will be entertaining and enlightening both in a way it too rarely has lately been. 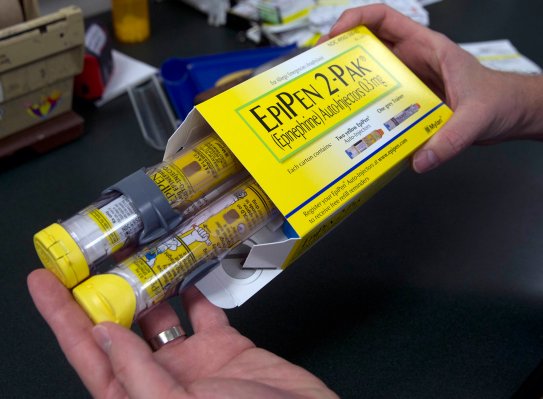