Some Employers Still Think It's 'Risky' To Hire Women

Someone filling out Leave of Absence Request Form.
Getty Images
By Georgene Huang

A self-identified Silicon Valley startup CEO looking for some legal advice on Reddit become the subject of Twitterstorm fury last week when he essentially told the world he didn’t hire women because he thought they are a “quite a risk.” This admission came after the Reddit user, who has not been identified, was trying to find out whether it would be legally kosher to throw a “stripper party” to celebrate a recent company milestone.

When others asked whether women worked at this tech startup—presumably to suss out how female employees would feel about the presence of strippers—the user responded in a way that suggested he didn’t hire them. “Unfortunately, California is one of the only states that requires paid maternity leave for female employees, making female employees quite a risk for small businesses.”

Not only was his statement morally repugnant, it also misconstrues the facts. Women working in California whose employers don’t offer maternity leave are eligible to receive pay after having a baby through California’s short-term disability insurance program. Those payments are funded through employee payroll taxes (i.e. deductions from employee paychecks, not employer-made payments). Moreover, pregnancy and childbirth recovery are covered in a similar way to other physical accidents that might prevent an employee from working.

What makes this incident noteworthy is that under the cloak of anonymity, this user said what others may think but generally wouldn’t admit publicly in 2016. In this day and age, it’s shocking that there are still people out there who think it’s “risky” to hire women of child-bearing age.

But to play devil’s advocate for a moment, just how risky is it really? Are pregnant women taking incredibly long, costly maternity leaves?

The answer is no, according to the National Center for Health Statistics. A recent survey found the average maternity leave taken by most women in the U.S. was approximately 10 weeks. One in four new mothers returned to work within 2 weeks, and the kicker is that during their leaves, almost nobody gets paid. Only 12% of women in the U.S. have access to any paid leave at all (and the U.S. is the only industrialized nation not to offer any paid maternity leave).

But what about professional, white-collar professional women who work at large employers and are fortunate to receive paid leave? After all, in the past year, large tech companies have been making headlines for announcing really generous policies such as 26 weeks of paid, gender-neutral parental leave (Etsy) or even “unlimited” maternity leave (Netflix). Aren’t those women taking incredibly long and expensive leaves of absences from work?

Among the well-paid professional women who comprise the vast majority of the Fairygodboss career community I run, 60% take 12 weeks or fewer of leave in total. In other words, even the majority of highly educated, higher-income women really aren’t taking much time away from their jobs after having babies. With the possible exception of a company’s founder and/or CEO going on extended leave (e.g. Yahoo! CEO Marissa Mayer’s decision to take two weeks of maternity leave was highly dissected), it’s hard to imagine that even a small business cannot cover an absent employee for up to 12 weeks.

First of all, there are colleagues and temporary hires that can provide job coverage and take on a shift in workload. Plus, babies don’t just arrive overnight. The nine months it takes to incubate a newborn means there are nine months during which a team can plan and adjust to one team member’s known absence. Even if an employee doesn’t announce she’s pregnant until four or five months into her pregnancy, that’s still a lead time of three or four months for the company to plan, which is usually more time they would have to adjust and adapt to other “business risks” (including someone who has an actual accident or falls ill with no warning or advance notice).

Sexism is one of those things that we know exists but many of us assume and hope doesn’t happen in our workplaces. The problem is that we can never can be sure what someone is really thinking. Women already have to worry about possible pregnancy discrimination or the hit to their earnings after they become moms (so well documented that it’s known as the “mommy penalty”). Now, we may face an additional issue: Just being a woman of a certain age may mean we’re on the receiving end of the unspoken thought: “Well, she might have a baby soon.” Let’s hope this Reddit user (and anyone who thinks like him) doesn’t get to make too many more hiring decisions any time soon.

Georgene Huang is the CEO and co-founder of Fairygodboss, a career community site for women. 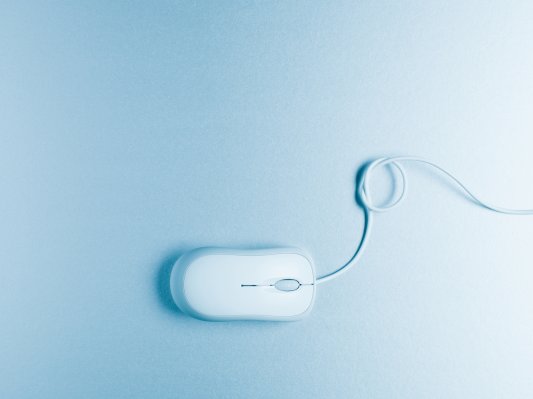 How to Respond to Every Email Within 24 Hours
Next Up: Editor's Pick