Quarterback Colin Kaepernick #7 of the San Francisco 49ers watches from the sidelines during the NFL game against the Arizona Cardinals at the University of Phoenix Stadium on Sept. 27, 2015 in Glendale, Arizona.
Christian Petersen/Getty Images
By Tessa Berenson

San Francisco 49ers quarterback Colin Kaepernick said Thursday that his national anthem protest was misunderstood and said he will donate $1 million to groups in need.

Read More: Colin Kaepernick and a Brief History of Protest in Sports

“Once again, I’m not anti-American,’’ he said again later that evening. “I love America.”

Kaepernick said he will donate $1 million this year to help communities in need. He sparked controversy last Friday after he refused to stand with his teammates during the national anthem, saying at the time, “I am not going to stand up to show pride in a flag for a country that oppresses black people and people of color.” 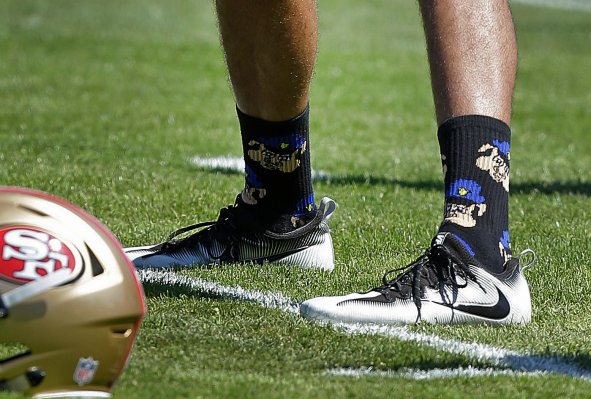 Colin Kaepernick Criticized for Socks Depicting Police as Pigs
Next Up: Editor's Pick